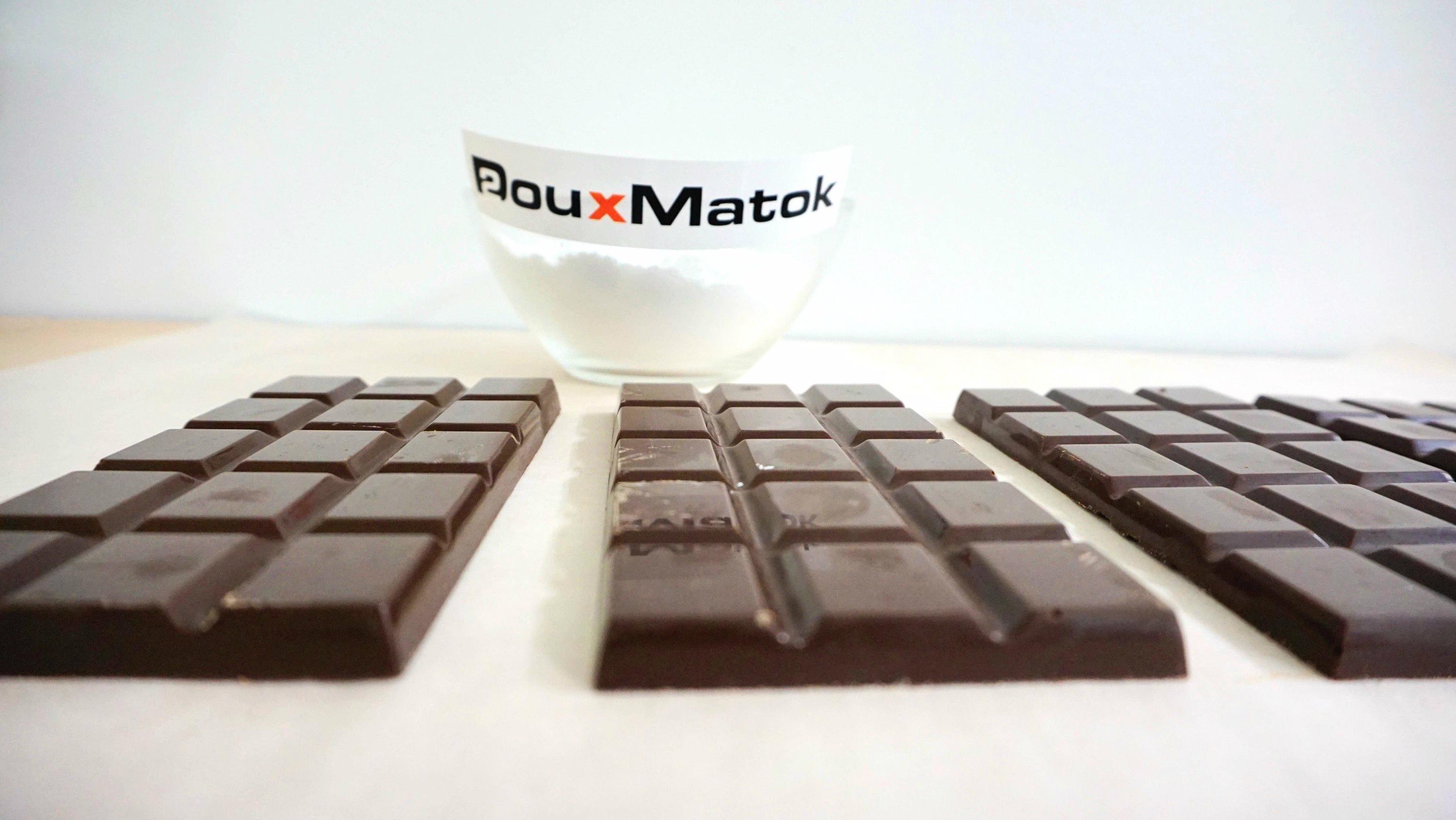 The surprising truth about cake is that it’s astonishingly inefficient.

So are lollipops, pies, sticks of gum, and cookies, each an imperfect vehicle used to deliver the sweet sensation people crave. And these foods are loaded with sugar. Lots of it. The average slice of white cake with no frosting contains about 26 grams, the recommended maximum health experts say most people should eat in one day. In reality, though, the average American eats about five times (paywall) that amount; Germans four times; and Canadians consume a little more than three times the daily recommendation.

Part of the problem can be chocked up to willpower, sure. But a lot of it is also molecular.

In order to enjoy the sensation of sweetness, sugar molecules have to land on our sweet-tasting receptors, most of which sit on the tip of the tongue. But sugar is notoriously bad at actually hitting those receptors, so bad that only 20 percent actually makes it, the rest washing down our gullets and into the digestive system. This is one reason why many foods contain so much sugar. It’s also why a lot of food companies, in spite of their efforts, have found it difficult—even impossible—to reduce the amount of added sugar in their products while also maintaining the tastes people expect.

But a startup headquartered near Tel Aviv, Israel has developed a super-tiny method that may have cracked what has been an impossible code. In doing so, it sits on the cusp of changing the landscape of food manufacturing by making sugar so efficient that food companies can use 40 percent less while keeping tastes the same.

Consumers have clamored for healthier food options for the last few decades, a rising chorus that ultimately cajoled some of the world’s biggest food companies to rework their recipes to include less sugar and salt, and fewer artificial flavors and colors. In some cases those reformulations have been a success. In others, they’ve had hiccups. Sugar has proven especially persnickety. Companies such as Nestlé, Mars, Coca-Cola, and General Mills have tried replacing it. They’ve toyed with stevia (too bitter), mushrooms (too weird), saccharin (too scary), and many others. An effective alternative has remained elusive.

Enter DouxMatok, a small Israeli startup with aims of shaking up the global sugar market. The name is a combination of the French word doux, for “sweet” and matok, Hebrew for “sweet.” Together, the pair of words are “double sweet,” as the company describes. It’s an apt moniker for the company, which was founded in 2014 by then 96-year-old chemist Avraham Baniel and his son, CEO Eran Baniel. Together, tapping into more than 75 collective years working with the chemistry of sugar, the two created a way to give companies what they’ve long sought: a pathway to reducing the sugar in their products while keeping tastes the same.

In August 2018, DouxMatok announced it was partnering with Südzucker, a leading European sugar company that wants to take the Israeli startup’s novel technology to one of the world’s largest markets for use in chocolates, cereals, and baked goods. “Providing people with indulgences at decent nutritional value, it can’t really be done in a boutique operation. You want to go across territories, across cultural attitudes,” says Eran Baniel, remarking on the importance of partnering with a large-scale company. The products are expected to roll out first in Germany before spreading across the wider continent.

A couple of things make DouxMatok unique: it isn’t an artificial sweetener, and it isn’t a high-potency sweetener.

“Actually, what we’re preparing to sell is a sugary-based, sugar reduction system—sweeter sugar,” says Liat Cinamon, who’s in charge of business development at the company. So how do Cinamon and her colleagues make this age-old, beloved substance more powerful while simultaneously reducing the amount used in food products? One word: Silica.

Food-grade silica is commonly found in lots of foods. The mineral is in green beans, rice, whole-grain breads, and raisins, to name a few; it’s been shown to strengthen bones and lower the risk of osteoporosis. The scientists at DouxMatok like using it for two reasons. The first is that it’s porous, covered by nooks and crannies that can be filled with smaller sugar molecules. The second reason is that silica is really good at finding its way to our taste buds.

When sugar-loaded silica hits saliva, it’s able to diffuse more effectively than sugar molecules alone, which gives it a better chance at hitting the taste buds on our tongues. Baniel uses a metaphor to explain how it works: Imagine 100 people in a house, each one holding a spoonful of sugar. If you ask them to go from room to room and then deposit the sugar into a jar, some will inevitably drop and spill sugar along the way. This is essentially what happens when you bite into a slice of normal cake. Now imagine one person in the house holding a sealed plastic bag containing the same amount of sugar. They’ll likely get to the jar without spilling any of it. The silica DouxMatok uses operates like the plastic bag.

Still in the Lab

Almost every day of the week, the scientists in DouxMatok’s food-applications lab stop what they’re doing to do blind sensory testing of foods with and without the new technology, Baniel says.

“Sugar reduction is a complex interaction of a number of contributors in each application, in each category,” he explains. “And you sometimes pull out an ingredient from a mix, replace it by another, and the other ingredients, they react surprisingly different than you expected.”

It’s for this reason that DouxMatok hasn’t yet figured out how to work its magic in beverages. The silica system the company uses for baked goods and chocolates just doesn’t react the same way in liquids. That means, at least in the meantime, that companies such as Coca-Cola and PepsiCo will have to keep searching for a sugar alternative.