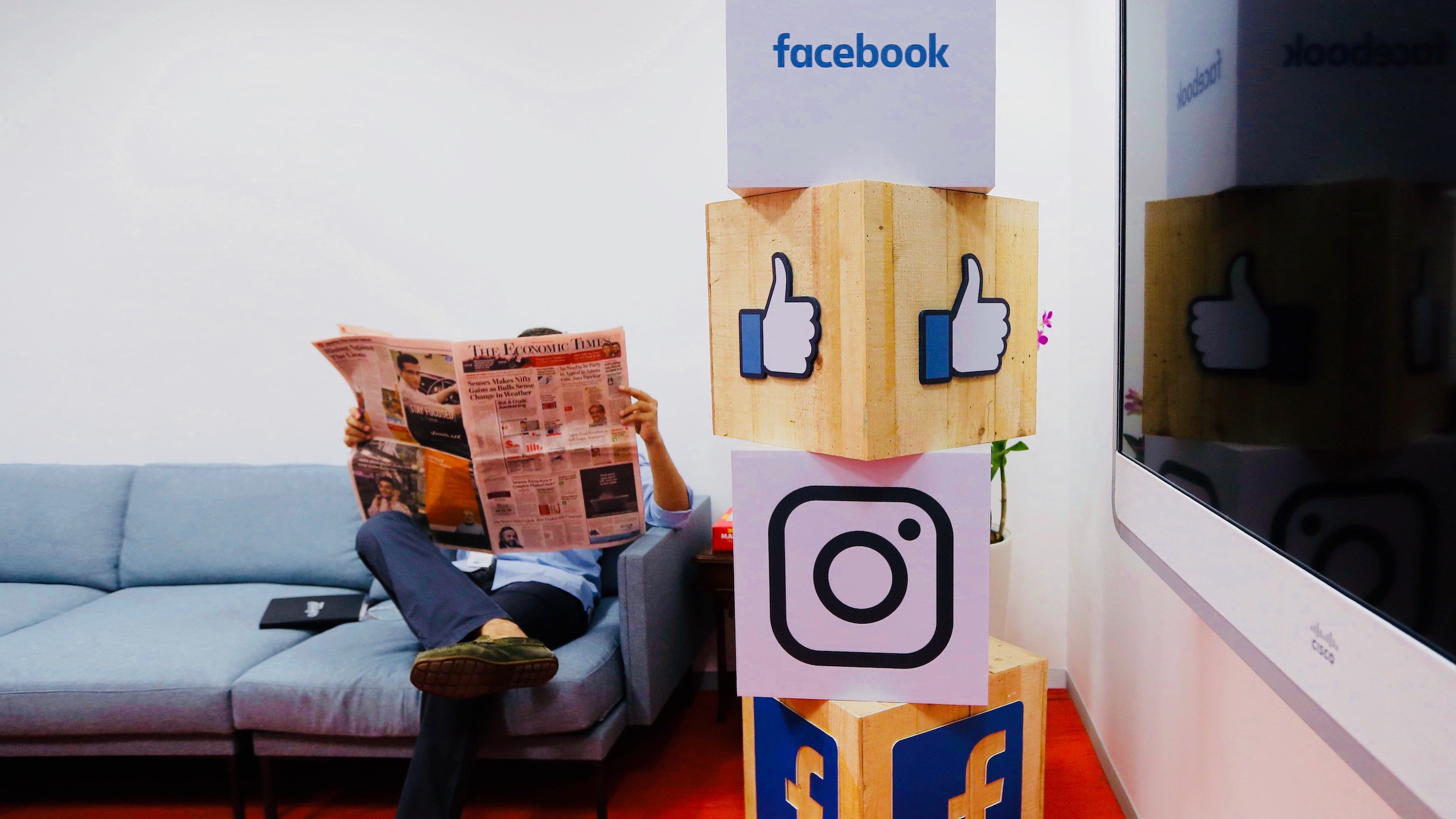 Do you dare delete Facebook? Photo by Reuters / Shailesh Andrade.

Do you ever scroll through your social media feeds and feel gross? If so, you’re not alone. It’s a common response. And yet we go back, day after day, over and over and over, endlessly scrolling, like addicts hooked on a drug that we once loved but now kind of hate and cannot or will not even try to escape.

Technologist and philosopher Jaron Lanier, a virtual reality pioneer and early internet evangelist who isn’t on Reddit, Facebook, Twitter, or Instagram, contends that you should just quit social media. Go cold turkey. In his book, Ten Arguments for Deleting Your Social Media Accounts Right Now, Lanier argues that engaging on the internet makes us feel bad because systems are designed to manipulate us by measuring our interests, anticipating our desires, modifying our behavior, and creating opportunities for advertisers.

He’s developed a simple acronym to sum up the sinister purpose of tech companies that brought us the platforms we’re hooked on and their effect on us—BUMMER. It stands for Behaviors of Users Modified and Made into Empires for Rent.

According to Lanier, social media platforms need us to keep coming back, so they’ve designed tools that accumulate data about us, then give us more of what moves us most to create wealth for the platforms. BUMMER platforms are more than just a bummer from Lanier’s perspective—they’re eroding health and happiness and political and social discourse, curbing our free will, and turning us into, well, “assholes.”

Theoretically, Lanier believes, we could have better, healthier social media that wouldn’t have this deleterious effect on individuals and societies. However, since the business models of the platforms rely on a negative feedback loop, the result of engagement with the platforms we do use now is ever-worsening disease, an anxious, angry, and divided culture.

Or, as Claire Lehmann, founding editor of Quillette magazine puts it in an Oct. 17 tweet (of course—where else might she express herself?), “Social media satiates our appetite for moral disgust and tribal conflict.”

Since fear, loathing, anxiety, and outrage tend to drive more engagement, the platforms serve us more and more of this negativity. In turn, in an effort to generate as much engagement with our own posts and accounts as possible, we mimic the platform model on an individual level, creating—as Mark O’Connell puts it in a story about “the deliberate awfulness of social media” in the New Yorker—a “toxic miasma of bad vibes.”

In an interview in the Los Angeles Review of Books, Lanier explains that you can spot a BUMMER platform by examining whether Russian intelligence warfare units like the Internet Research Agency targeted it and used it to manipulate people. The list includes Facebook, Google, YouTube, Twitter, Reddit, and Instagram. “There are a few others out there, but those are the primary ones,” Lanier argues. “Snapchat is… sort of an edge case; they’re better, but they still have some problems. Another example is LinkedIn, which has some addictive techniques but doesn’t seem to bring out the worst in people.”

The technologist contends that we’re mesmerized by social media because it’s been designed for precisely that. “We’re being hypnotized little by little by technicians we can’t see, for purposes we don’t know,” Lanier writes in his book. “We’re all lab animals now.”

To disengage from the experiment is simple enough, he says. All you have to do is stop using BUMMER platforms. That’s the best way to undermine the systems designed to manipulate us and, he argues, the only way to force tech companies to change the platforms’ fundamentally flawed business model.

Lanier concedes, however, that it’s not easy to break the addiction, in part because many of us feel we need to be engaged with social media. It can seem as if there is no other way to be in the world now. And he says he wants people to succeed, not to self-sabotage by deleting their social media accounts. But he points out that he manages to have a successful career as a public intellectual without being on any platforms and can’t believe he’s the sole exception.

Indeed, novelist Zadie Smith avoids social media to protect her writing from being influenced by the negative feedback loop Lanier discusses. And writer Jonathan Franzen is also a critic of technology generally and Facebook and Twitter in particular. He calls Twitter “unspeakably irritating” and says it stands for everything he opposes. Like Lanier, Smith and Franzen are doing just fine not being on these platforms. But also like him, they made their names before social media was a thing and before every writer was told they must promote themselves online to be read.

Still, Lanier contends that it’s time for change and that we overestimate the importance of these tools, in part because they’ve been designed to make us feel they matter. “I think there might be a degree to which people are afraid that if they did anything different, their life would be completely destroyed, but they may not be correct. It might actually be fine,” he tells Harper Simon in the Los Angeles Review of Books.

And Simon is convinced—he quit Twitter and Instagram before reading Lanier’s book and planned to make his interview with the tech guru and philosopher his final post on Facebook. Still, he told Lanier it takes “real bravery” to delete accounts.

If you do go boldly where Lanier and Simon have gone and abandon the tech platforms everyone else seems to be on, rest assured, it might not have to be for long. Lanier says he is currently working on creating healthier social media platforms that won’t be such a BUMMER.