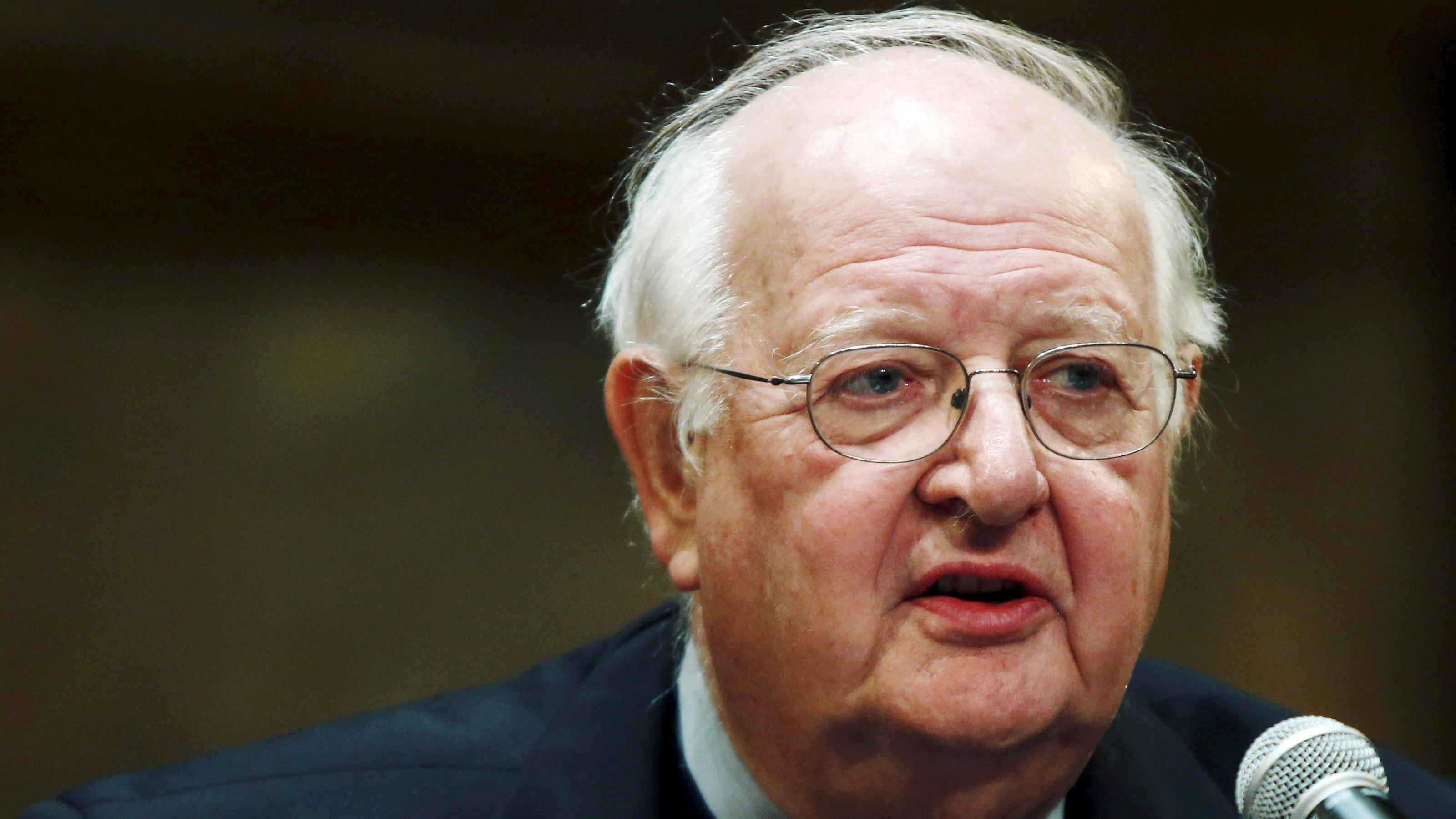 America is trying to come to terms with its economic inequality. Does inequality spur growth or kill it? Is it a necessary evil—or necessarily bad? Angus Deaton, an economics professor at Princeton, and the recipient of the 2015 Nobel Prize in economics, is asked questions like these all the time—and he doesn’t see the point.

“These are questions I am often asked,” Deaton writes in a column (paywall) for Project Syndicate. “But, truth be told, none of them is particularly helpful, answerable, or even well posed.”

Deaton believes the biggest misconception about inequality is that it causes certain economic, political, and social processes. But that’s backward. Economic inequality is a symptom of processes—some good, some bad—that drive the global economy. It’s the residue of a post-industrialized age.

What we should actually investigate is which types of inequality are fair, and which are not. “Inequality is not the same thing as unfairness; and, to my mind, it is the latter that has incited so much political turmoil in the rich world today,” says Deaton.

But these alone can’t explain why median incomes have stagnated for half a century, while incomes at the top have skyrocketed.

To Deaton, there are other economic and social processes that propagate inequality, and they’re unfair.

Healthcare financing. Each year, the US wastes a trillion dollars ($8,000 per family) more than other wealthy nations on healthcare costs, with worse outcomes. Healthcare jobs grew the second fastest in 2017, but wages were largely flat, leading hospital workers to unionize for higher pay. Healthcare financing cuts wages for the average American too—most employer-sponsored healthcare benefits are actually taken out workers’ paychecks (paywall), not a pure company perk.

Mergers. Many industries, like tech, media, and healthcare, are now run by a few, large companies. But mergers rarely boost the wages of workers. Because of hospital mergers, hospital prices have risen, while hospital wages have not (even during a decade-long shortage of nurses). Big companies have an easier time manipulating public policy to accrue profits, instead of making money through innovation and investment.

The sluggish federal minimum wage. The federal minimum wage, at $7.25 an hour, hasn’t budged since 2009. According to a 2017 YouGov Survey, 66 percent of US adults would like to see the minimum wage raised to $10.10. But the policy change usually faces resistance in Congress, where wealthy firms and donors exert disproportionate influence.

Diminishing worker power. Twenty percent of workers sign non-compete clauses, which prevent them from taking on side-hustles, reducing their incomes and bargaining power. What’s more, over half of non-union, privately employed Americans—some 60 million people—have signed mandatory arbitration agreements, which means they can never sue their employers.

The rise of temps. Companies are increasingly replacing full-time, salaried workers with contractors. Janitors, servers, and maintenance staff who once worked for wealthy companies now work for independent service corporations that compete aggressively against each other over pricing. Contractors often live paycheck to paycheck, without benefits, and with little opportunity for promotion.

The growth of the stock market. While the stock market rewards innovation, it also incentivizes companies to shuffle resources from labor to capital. As median wages have stagnated, corporate profits relative to GDP have grown 20 to 25 percent. That number would be even higher if executive pay was tracked as profits instead of salaries.

Corporate wins in politics. “We have entered a period of regulatory bonfires,” writes Deaton. Both the Consumer Financial Protection Bureau and the 2010 Dodd-Frank legislation are under attack. Trump plans to gut 75 percent of regulations, and may roll back a rule that requires money managers to prioritize their clients’ interests. All the while, the US Supreme Court has ruled that corporations can act as political entities—spending unlimited amounts to support candidates and the lax legislation they will eventually push.

Deaton takes heart from these problems. They’re not a consequence of seemingly unstoppable forces like globalization and technology, but of a dysfunctional economy.

And with the right policies, they can be reversed.