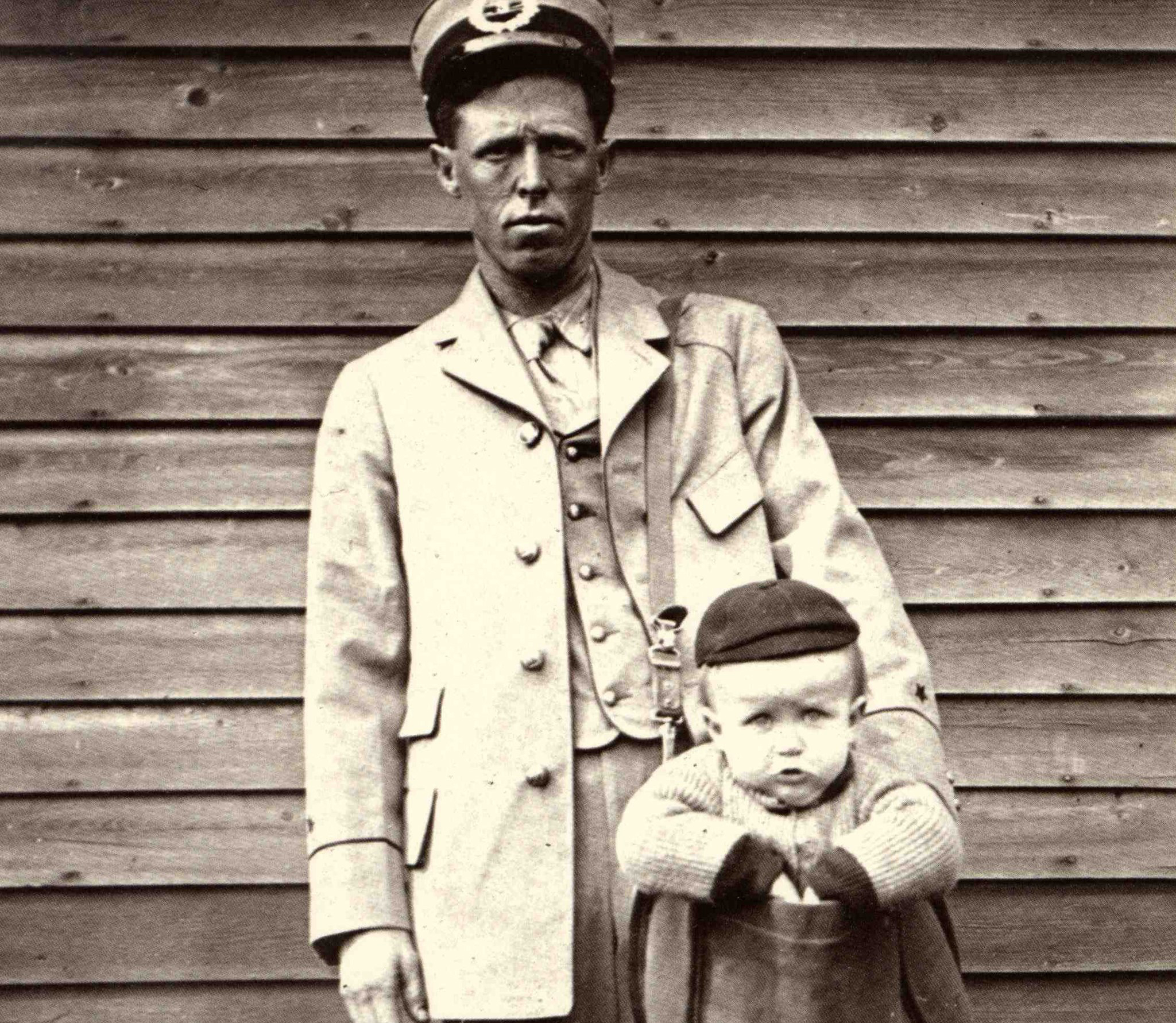 One of the most overlooked, yet most significant innovations of the early 20th century might be the Post Office’s decision to start shipping large parcels and packages through the mail. While private delivery companies flourished during the 19th century, the Parcel Post dramatically expanded the reach of mail-order companies to America’s many rural communities, as well as the demand for their products. When the Post Office’s Parcel Post officially began on January 1, 1913, the new service suddenly allowed millions of Americans great access to all kinds of goods and services. But almost immediately, it had some unintended consequences as some parents tried to send their children through the mail.

“It got some headlines when it happened, probably because it was so cute,” United States Postal Service historian Jenny Lynch tells Smithsonian.com.

Just a few weeks after Parcel Post began, an Ohio couple named Jesse and Mathilda Beagle “mailed” their 8-month-old son James to his grandmother, who lived just a few miles away in Batavia. According to Lynch, Baby James was just shy of the 11-pound weight limit for packages sent via Parcel Post, and his “delivery” cost his parents only 15 cents in postage (although they did insure him for $50). The quirky story soon made newspapers, and for the next several years, similar stories would occasionally surface as other parents followed suit.

In the next few years, stories about children being mailed through rural routes would crop up from time to time as people pushed the limits of what could be sent through Parcel Post. In one famous case, on February 19, 1914, a four-year-old girl named Charlotte May Pierstorff was “mailed” via train from her home in Grangeville, Idaho to her grandparents’ house about 73 miles away, Nancy Pope writes for the National Postal Museum. Her story has become so legendary that it was even made into a children’s book, Mailing May.

“Postage was cheaper than a train ticket,” Lynch says.

Luckily, little May wasn’t unceremoniously shoved into a canvas sack along with the other packages. As it turns out, she was accompanied on her trip by her mother’s cousin, who worked as a clerk for the railway mail service, Lynch says. It’s likely that his influence (and his willingness to chaperone his young cousin) is what convinced local officials to send the little girl along with the mail.

Over the years, these stories continued to pop up from time to time as parents occasionally managed to slip their children through the mail thanks to rural workers willing to let it slide. Finally, on June 14, 1913, several newspapers including the Washington Post, the New York Times, and the Los Angeles Times all ran stories stating the the postmaster had officially decreed that children could no longer be sent through the mail. But while this announcement seems to have stemmed the trickle of tots traveling via post, Lynch says the story wasn’t entirely accurate.

“According to the regulations at that point, the only animals that were allowed in the mail were bees and bugs,” Lynch says. “There’s an account of May Pierstorff being mailed under the chicken rate, but actually chicks weren’t allowed until 1918.”

But while the odd practice of sometimes slipping kids into the mail might be seen as incompetence or negligence on the part of the mail carriers, Lynch sees it more as an example of just how much rural communities relied on and trusted local postal workers.

“Mail carriers were trusted servants, and that goes to prove it,” Lynch says. “There are stories of rural carriers delivering babies and taking [care of the] sick. Even now, they’ll save lives because they’re sometimes the only persons that visit a remote household every day.”

Luckily, there are more travel options for children these days than pinning some postage to their shirts and sending them off with the mailman.

Danny Lewis is a multimedia journalist working in print, radio, and illustration. He focuses on stories with a health/science bent and has reported some of his favorite pieces from the prow of a canoe.