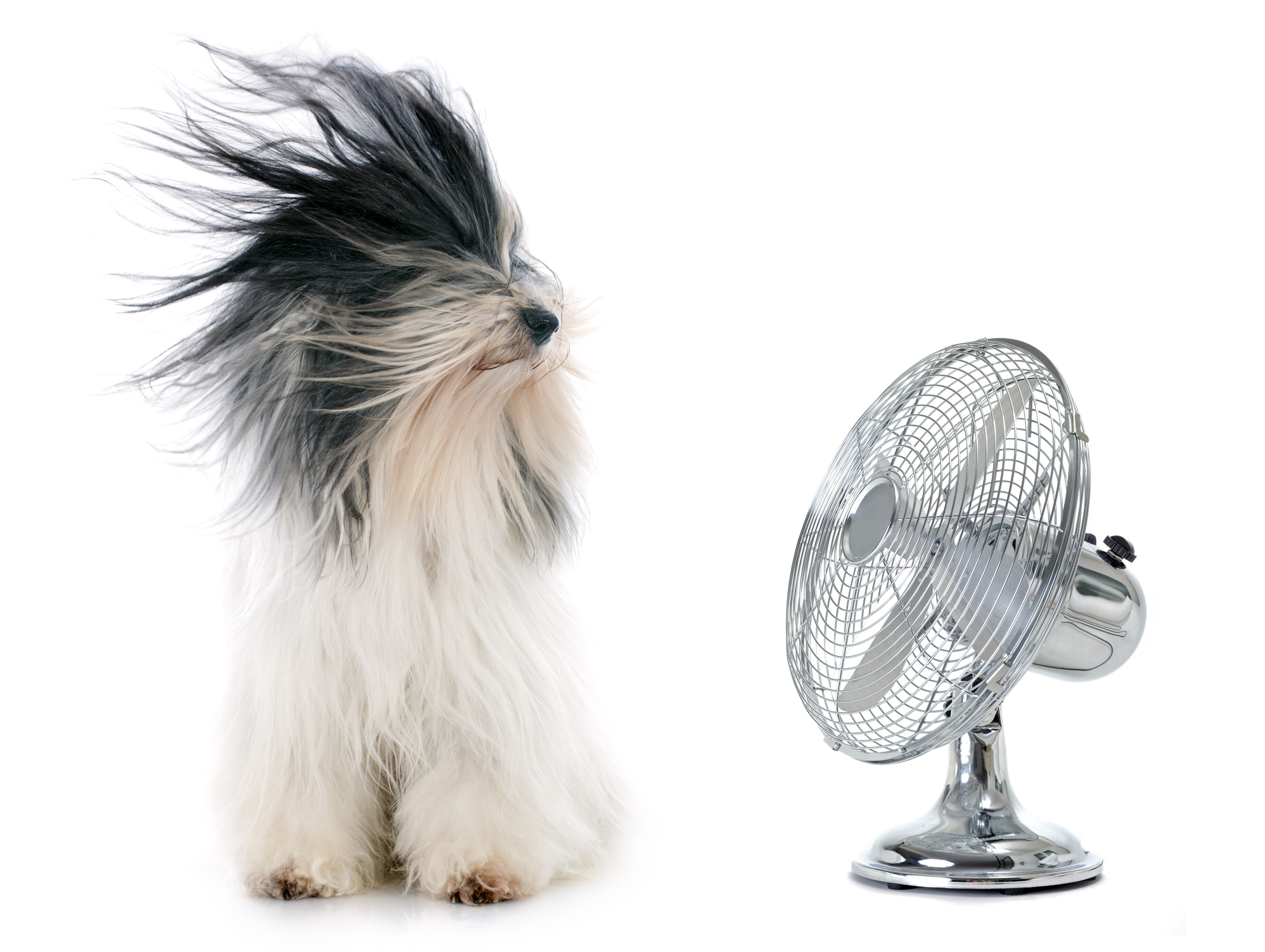 Amid one of last summer’s oppressive heat waves, Boston once again hit its record for the hottest June 28 ever. Thermometers read 97°F, a temperature also recorded in the city on that day in 1901 and 1991. During that first record-breaking day in 1901—one summer before Willis Carrier invented air conditioning and revolutionized the way we keep cool in the modern world—an enterprising Boston Globe reporter went about asking prominent citizens how they kept cool in the (then) unprecedented heat.

“I don’t,” said J.B. Smith, the governor’s private secretary, before shooting the reporter a look he characterized in a shockingly modern way: “How the—do you suppose a man can keep cool in this weather?”

Smith’s frustration was no doubt shared by everyone at the time, and anyone today, who has to get by without A/C. It’s therefore no surprise that people have come up with a range of ingenious, harebrained, and sometimes grim but often remarkable ways to stay cool during a summer scorcher. Below are eight highlights. 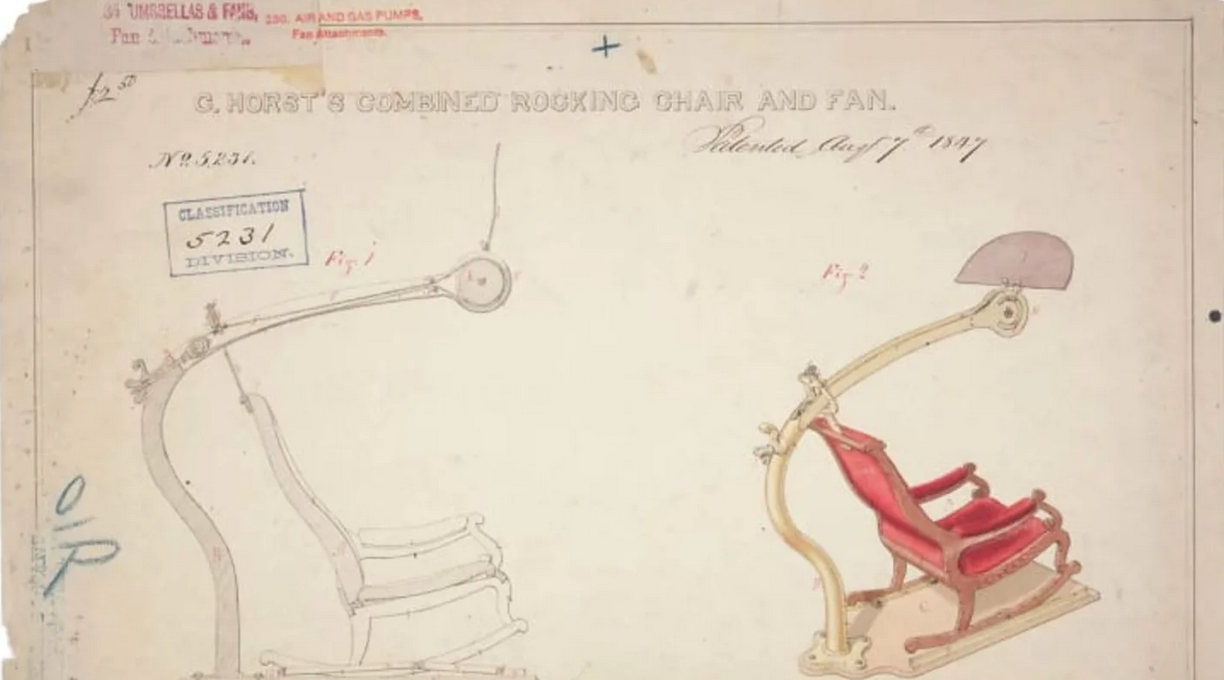 This version of a fan chair quite literally rocked. / The U.S. National Archives, Flickr // No Known Copyright Restrictions

Philadelphia-based musical instrument maker John Cram invented a clever (if clunky) cooling device in the 1780s and won some famous clients in the process. During the hot summer of the constitutional convention, George Washington paid 32 shillings and 6 pence for one and had it shipped to Mount Vernon, where a replica remains on display. People used their feet to operate the fan that moved above their head, much like someone would power an old sewing machine. Benjamin Franklin reportedly owned one as well, but the device seems to have had limited mass-market appeal.

Another president interested in keeping cool was William Howard Taft, who had a “sleeping porch” erected on the roof of the White House in 1910. Popular at the turn of the 20th century, these screened-in porches provided both a cool place to slumber in the heat and access to fresh air, which was thought to provide a myriad of health benefits. A 1916 edition of Popular Science even reported on the invention of a child-size sleeping porch that, like today’s window A/C units, could be installed in any urban high-rise, providing fresh air for the child and “allowing their busy young mothers plenty of time to do housework.” 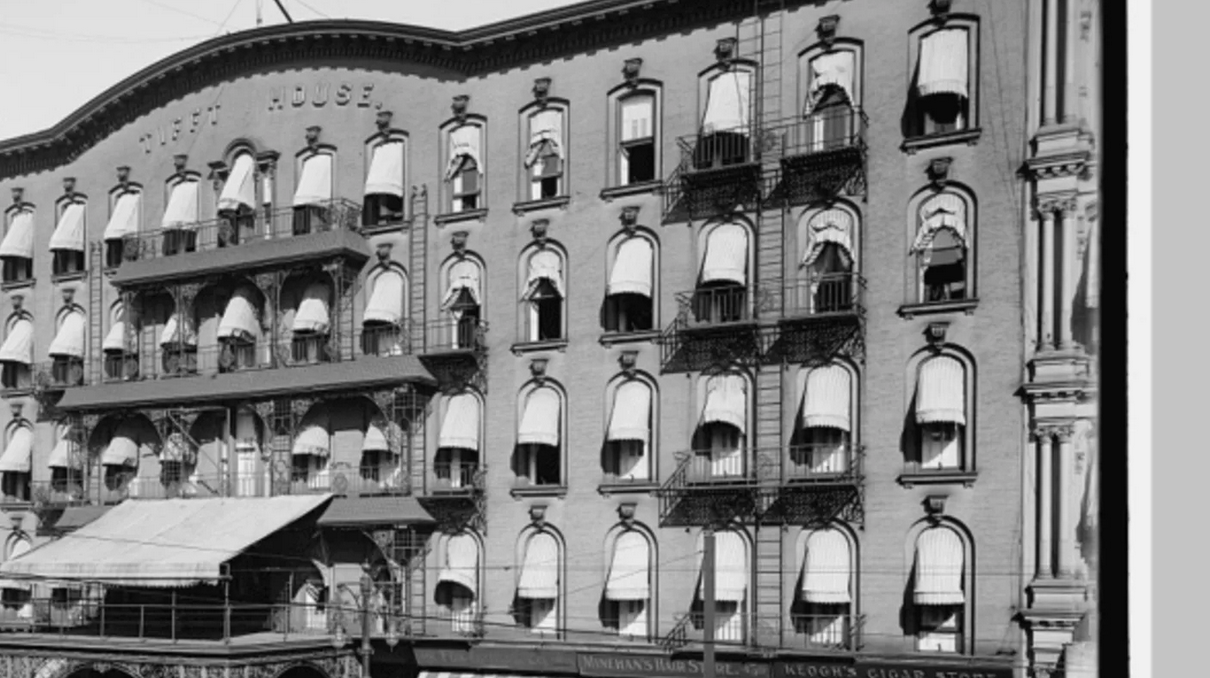 Awnings over the windows helped keep this Buffalo, New York, building cool. / Library of Congress // No Known Restrictions on Publication

One thing you immediately notice when looking at photographs of famous buildings before the invention of A/C is that they frequently sported awnings over nearly every window. Going back to antiquity, awnings provided the shade vital for keeping the sun’s heat at bay. In the latter half of the 19th century, new colors and patterns helped make canvas awnings more than a necessary utility: They became a key decorative feature of a home. “As to colors, quite the richest and most effective combinations are shades of orange and brown,” The Ladies’ World magazine reported in 1896. Tassels were apparently a nice touch, too.

Scholars of American vernacular architecture and fans of DIY’s Barnwood Builders already know about the cooling virtues of the dogtrot log cabins popular in 19th-century Appalachia. A wind-swept breezeway separated the often-hot kitchens from the sleeping area of a home, creating a cool space to relax. 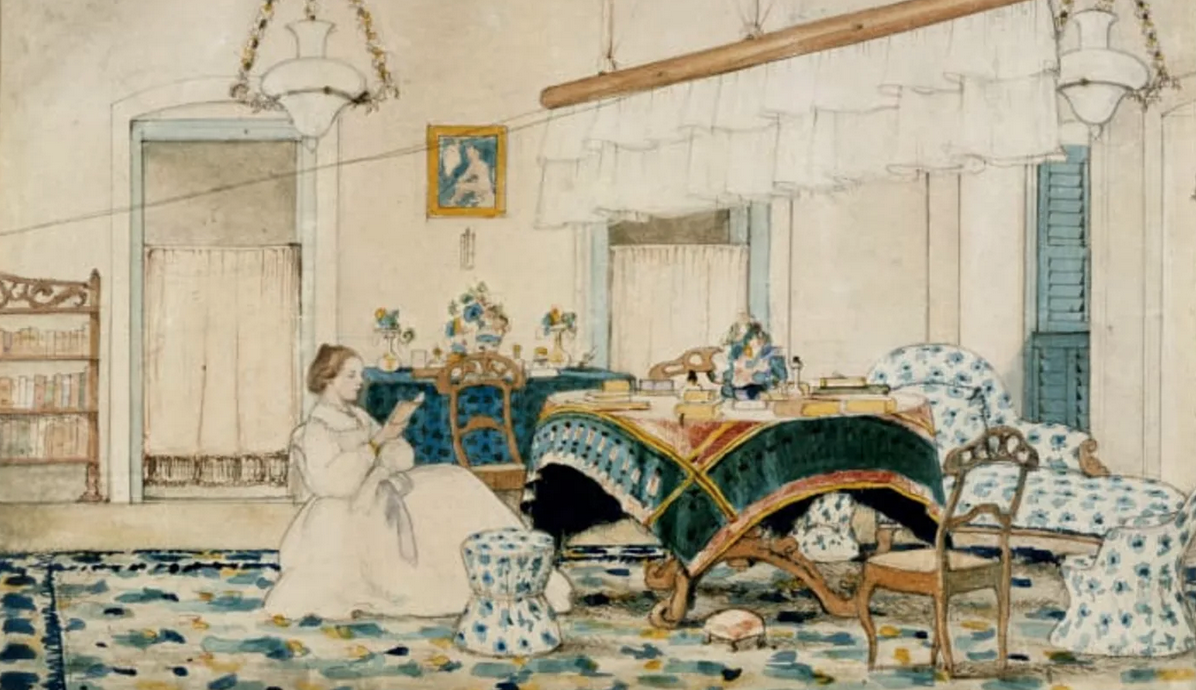 A 19th-century painting of a woman reading under a punkah. / British Library, Wikimedia Commons // Public Domain

These hand-operated ceiling fans have their origins in colonial India. Each year thousands of poor seasonal workers were contracted, or otherwise compelled, to spend monotonous days pulling a cord that swept a piece of fabric back and forth across a room for the country’s elite. The fashion also spread to the antebellum American South, where enslaved young people were put to the task, including Booker T. Washington, who took note of the Civil War’s progress as he listened in on dinner conversation. His story, according to historian Dana Byrd, illustrates how “knowledge extracted from exposure to whites could lead to freedom or [for Washington] spark the hope that freedom was within his or his community’s grasp.”

The Indian subcontinent gave the world another refreshing idea for keeping cool in the searing heat: drinking buttermilk. Even today, many varieties of a spiced buttermilk called chaas (or doogh) are consumed in Southeast Asia and many diasporic communities around the world. It was also a common refreshment in late-19th and early 20th-century North America—the beverage was even recommended by physicians. “The demand for this summer drink has found response on all hands from the shopkeepers,” the Brooklyn Daily Eagle reported in 1892. “Aside from the instantaneous refreshment” the man who drinks it receives, “he will experience an invigoration that place[s] buttermilk in the category of nectars of the gods.”

7. An “immense pressure blower” and “an ice chamber of tremendous proportions” 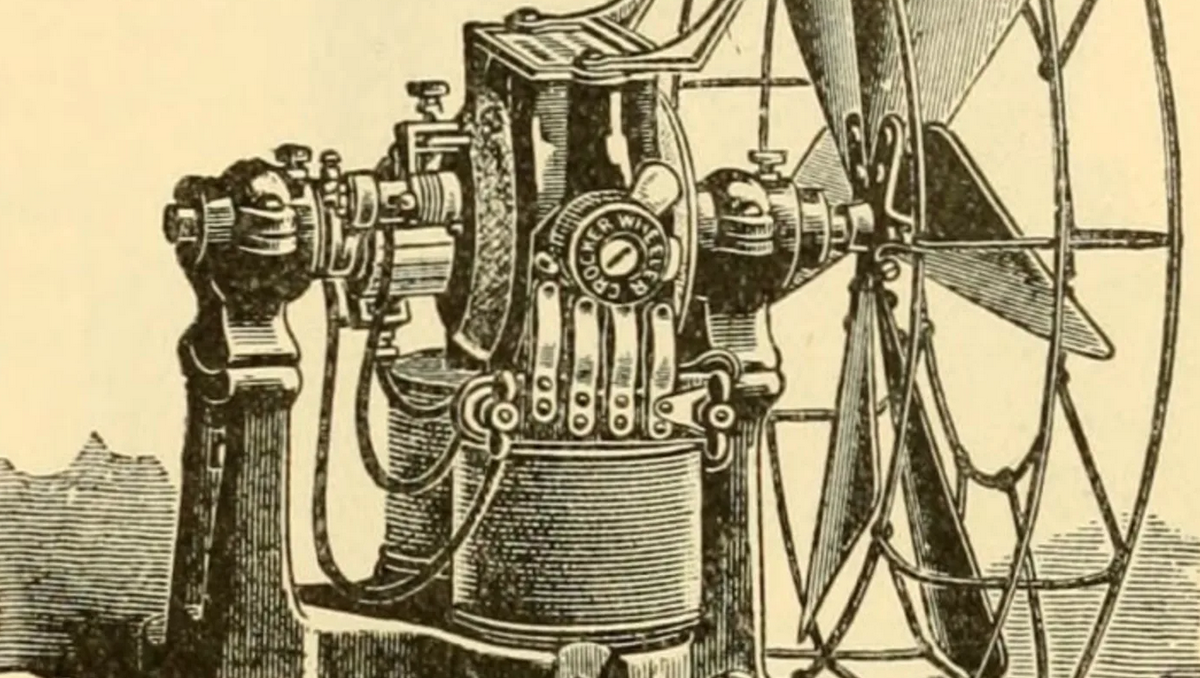 If it sounds expensive, grandiose, and overly dramatic, it’s perhaps no surprise that this cooling system was used in theaters. In the 1880s and ‘90s, impresarios experimented with ventilation schemes that used electric fans to bring outside air in, pass it over subterranean vaults filled with ice, and then expel it through registers in the floor of tony theaters, like New York’s Star, at Broadway and 13th. As a bonus, a “huge sponge saturated with perfume” was added to the system, perhaps in the event your seatmate was skeptical of the burgeoning interest in underarm deodorant.

8. Not Stressing About the Heat

Thomas Darlington, M.D., New York’s Health Commissioner from 1904–1910, was himself something of a darling of public health for his vigorous advocacy for professional inspection (if a controversial one for his role in the saga of “Typhoid Mary”). But the advice he offered The New York Times in 1910 on staying cool—and getting a good night’s sleep—was surprisingly mundane. “Much may be done by living sober, orderly lives: not hurrying about our duties, taking life as easily as possible, quietly, not being excited, keeping cool,” he said. “Fussing and fretting, or, as some aptly say, ‘stewing’ about the weather gets on one’s mind and nerves so that sleep is impossible.”

Keith Johnston is a historian specializing in the 18th century. His research has appeared in both academic and general interest publications, and was once the subject of chatter on Slate’s Political Gabfest.