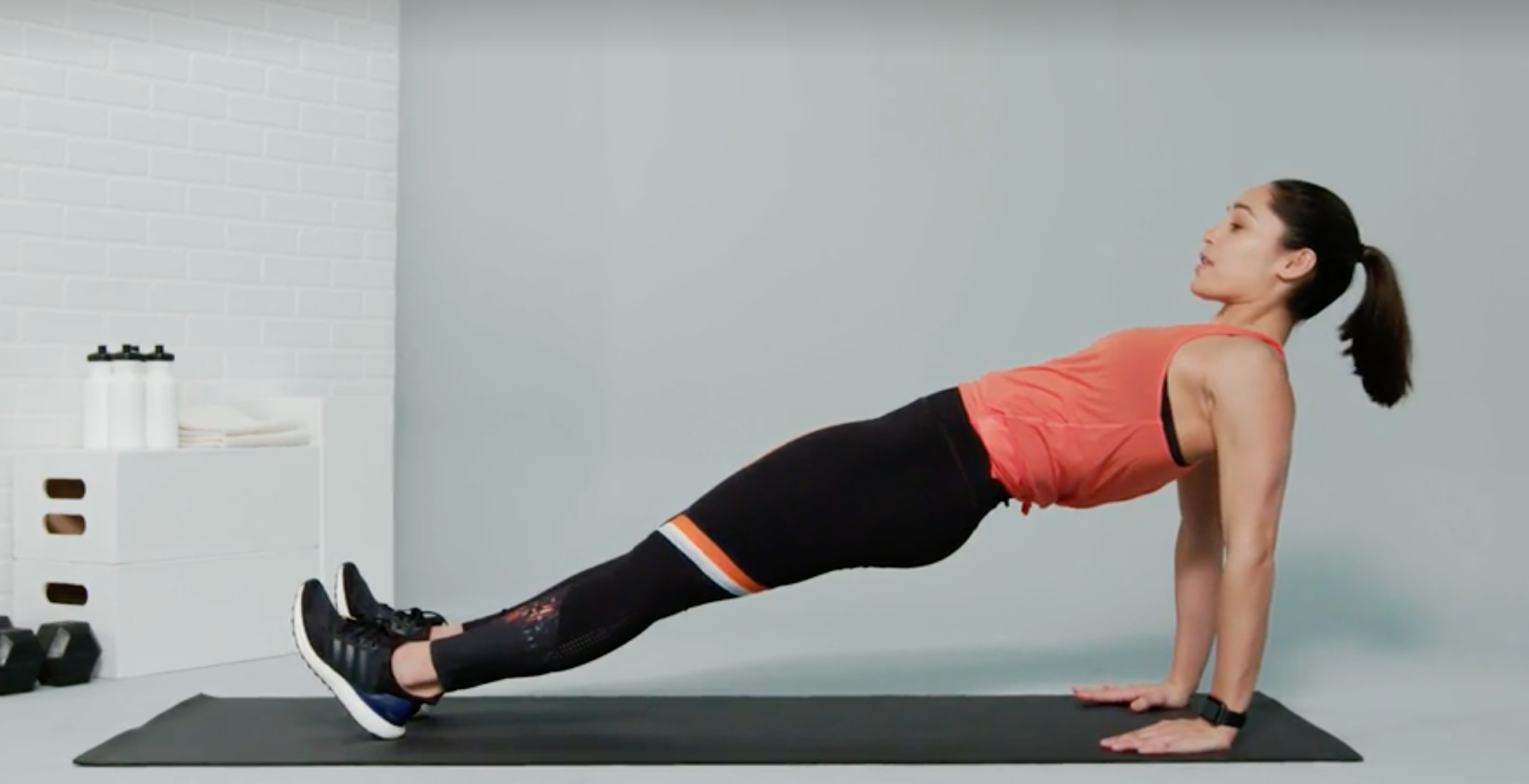 You can mix them into your workout, do them while watching TV, or even sneak in a few sets at work. We’re talking about planks—the do-anywhere, core-strengthening exercise that requires no equipment but can yield some serious results.

Problem is, lots of people think the classic old plank is boring. When done correctly, it will completely fire up your core, but let’s face it—it’s not the most exciting exercise to do. Which can be a problem, because cyclists need strong cores to ride faster, stronger, and more efficiently.

“If your abdominal muscles and spinal erectors are lacking either the strength or endurance to maintain proper positioning while pedaling on a flatter surface, the slight but constant forward-leaning seated position can place stress on your lumbar spine,” says Greg Pignataro, C.S.C.S., a personal trainer with Grindset Fitness.

The muscles also help keep you from collapsing forward or over-arching the spine when out of the saddle and climbing, he points out.

To switch up the classic plank exercise, Pignataro created a series of eight plank variations you can do individually or as a total workout. But before you start, just know that some of these moves are considered advanced plank variations, which means, they’re best for people who can easily hold a traditional plank for at least 90 seconds with proper form. That means your core stays engaged and your glutes squeezed together to prevent your hips from sagging.

How to use this workout: Review the exercises below. Each move is demonstrated by Charlee Atkins, certified trainer and founder of Le Sweat, so you can learn the proper form.

You can use any of these moves to replace a basic plank in a workout. Or combine all eight exercises for one killer core workout: Hold or perform each plank variation for 30 seconds. Rest for 30 seconds before moving on to the next one. When this becomes too easy, that’s your cue to increase your work time by five seconds until you build up to 50 seconds of work with only 10 seconds of rest for each move.

“This is a principle known as progressive overload, and it will ensure that you increase your strength and endurance by a manageable amount,” he explains.

Start in a regular plank position, then slide your feet a few inches back so that your elbows are slightly in front of your shoulders. Moving your base of support from directly underneath you to further out in front of you decreases the load on your shoulders while greatly increasing the challenge for your abdominal muscles.

Start in a forearm plank position with elbows directly under shoulders, core engaged, but with feet slightly wider than mat-width apart. Engage core, then lift left hand and sweep it out and around in a large circle as if you’re washing a large window. Resist the natural urge to twist your hips or let them dip side-to-side. Return left elbow to mat and repeat with right arm.

From a forearm plank position, engage core, then bend left knee to tap mat. Return to starting position and bend right knee to tap mat. Continue to alternate. For a slightly harder challenge, try bending both knees at once. You should feel this in the lower portion of your abdominals. 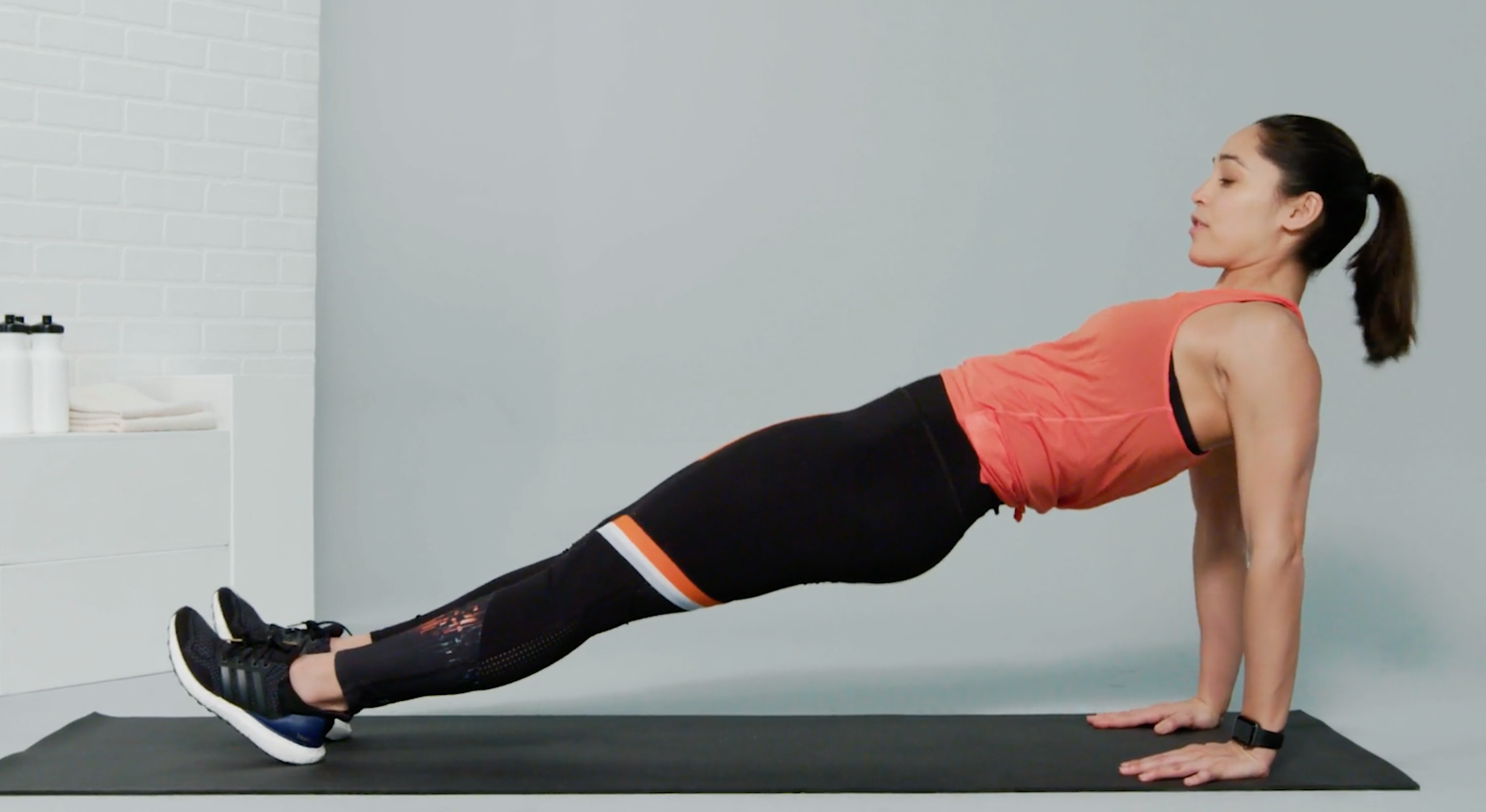 Start sitting upright with legs out straight in front of you. Place hands on the mat behind hips then press into palms and heels and engage glutes to lift hips straight up, shoulder blades pinched together. Your body will form a straight line from toes to shoulders. This will challenge the spinal erectors in addition to your abs.

To make this move slightly easier, bend your knees at a 90-degree angle. To make it harder, alternate lifting one leg at a time.

Side Plank With Leg Lift

Start in a side plank position with left elbow directly under left shoulder, right hand on hip, feet stacked and hips elevated. Engage core. Lift your right (top) leg and hold. Repeat on the other side.

To make this move slightly harder, repeatedly perform leg lifts until the time is up. You’ll work your glutes as well as your obliques, and challenge your balance.

Start in a forearm plank position with elbows under shoulders and core engaged. With control, dip your right hip to right side until it nearly touches the mat. Dip left hip toward left side. Continue to alternate sides.

Start in forearm plank position with shoulders over elbows and core engaged. Bend left knee so that left leg forms a 90-degree angle and foot is flexed. Push through left heel like your stamping the sole of your foot on the ceiling. You should feel a strong contraction in your glutes on the side of the raised leg. Repeat for 30 seconds then repeat the move with right leg

Sara Lindberg, B.S., M.Ed., is a freelance writer focusing on health and fitness.