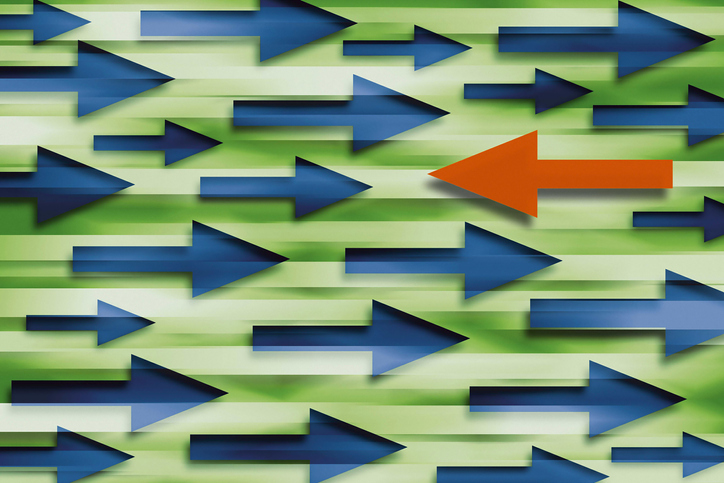 If you’re looking to advance in your career, thinking about the way you communicate is a good place to start. After all, it’s a skill that’s always in demand and goes a long way toward shaping others’ perceptions of you.

But a handful of irritating—and common—words and phrases can undermine your hard work. “Words are powerful things, and some words and phrases can really have a negative kind of energy,” says communication coach Alan Samuel Cohen, author of The Connection Challenge: How Executives Create Power and Possibility in the Age of Distraction. At best, such phrases are distracting. In the worst-case scenario, they can actually trigger a strong negative reaction in your counterpart, either to the conversation or to you.

While it’s impossible to police every word you say—and people are going to hear what they’re going to hear, Cohen says—there are better options to consider.

Whenever you use the word “but” as a conjunction, the first part of your sentence immediately becomes qualified by the second part. Saying “I love you, but . . .” or “That’s a great idea, but . . . ” calls the first phrase into question, says leadership and career coach Jennifer McKay, founder of Mckay Coaching and Consulting. “In the second half of the sentence we’ve already moved on to something contrary,” she says.

Say it better: Simply stop after the statement. If you must add a conjunction and second phrase, use “and.” For example, “That’s a great idea, and we can look at it more closely.”

When you use self-deprecating language before you put forth your ideas, you’re immediately diluting others’ confidence in you and giving them permission to dismiss you, says Ellie Eckhoff, senior vice president at ClearRock, a leadership-development and executive-coaching firm.

“Some people might start with, ‘This might not be a good idea, maybe we’ve already done this, this might not work,'” she says. “So, starting the conversation with minimizing what they’re going to offer.”

Say it better: Simply state your idea without qualifying it. You’ll be more valued for your contributions.

If you have to qualify your statement with “respectfully” or “with all due respect,” what follows isn’t likely to be respectful and often won’t be productive, says Toni Harrison, CEO and founder of Etched Communication, a public-relations and communications firm. And even if what you’re going to say is respectful, you’ve introduced the concept that it isn’t. “Why would I think you’re about to say something to disrespect me in a conversation?” she says.

Cohen agrees and says the same goes for the word “honestly.”

Say it better: If you’re reacting out of anger, take a moment to collect your thoughts to respond appropriately. You can argue your point without a disingenuous lead-in. Otherwise, drop the reference to “respect” entirely and just say what you have to say.

When you respond to “How are you?” with “I’m so busy,” you may make people reluctant to continue the conversation because they may think they’re taking up time you don’t have, McKay says. Or others may feel that you are positioning yourself as more important than they are. “‘Busy’ has become a way of life for many people, and some of my clients have expressed frustration when colleagues go on about the demands on their time,” she says.

Say it better: If you’re strapped for time in the moment, say so. For example, “I’d love to chat, but I have a meeting in five minutes. Could we catch up at 2 p.m.?” If you are overwhelmed, you may wish to confide in a trusted friend or colleague to help find solutions. But it’s rarely a good idea to just respond with a general “I’m busy,” as there’s little anyone can do about that except you.

When people work together to complete projects or tasks, it’s essential to know who is working on what, McKay says. “When someone says they will try to complete something, it leaves the requester with doubts about the person’s commitment level to the task and whether the need will ultimately be met,” she says.

In other instances, if you ask someone to “try,” you may seem as if you’re calling their capabilities into question, she says. For example, “Try to understand” sounds like the speaker doesn’t believe the receiver is capable of understanding.

Say it better: If you’re not convinced you can complete a task, give specifics about the challenges or concerns. That can help you get the clarity, assistance, or resources you need. When you’re addressing someone else and asking them to try, ask a question instead.” For example, “Do you have questions?” is better than “Try to understand.”