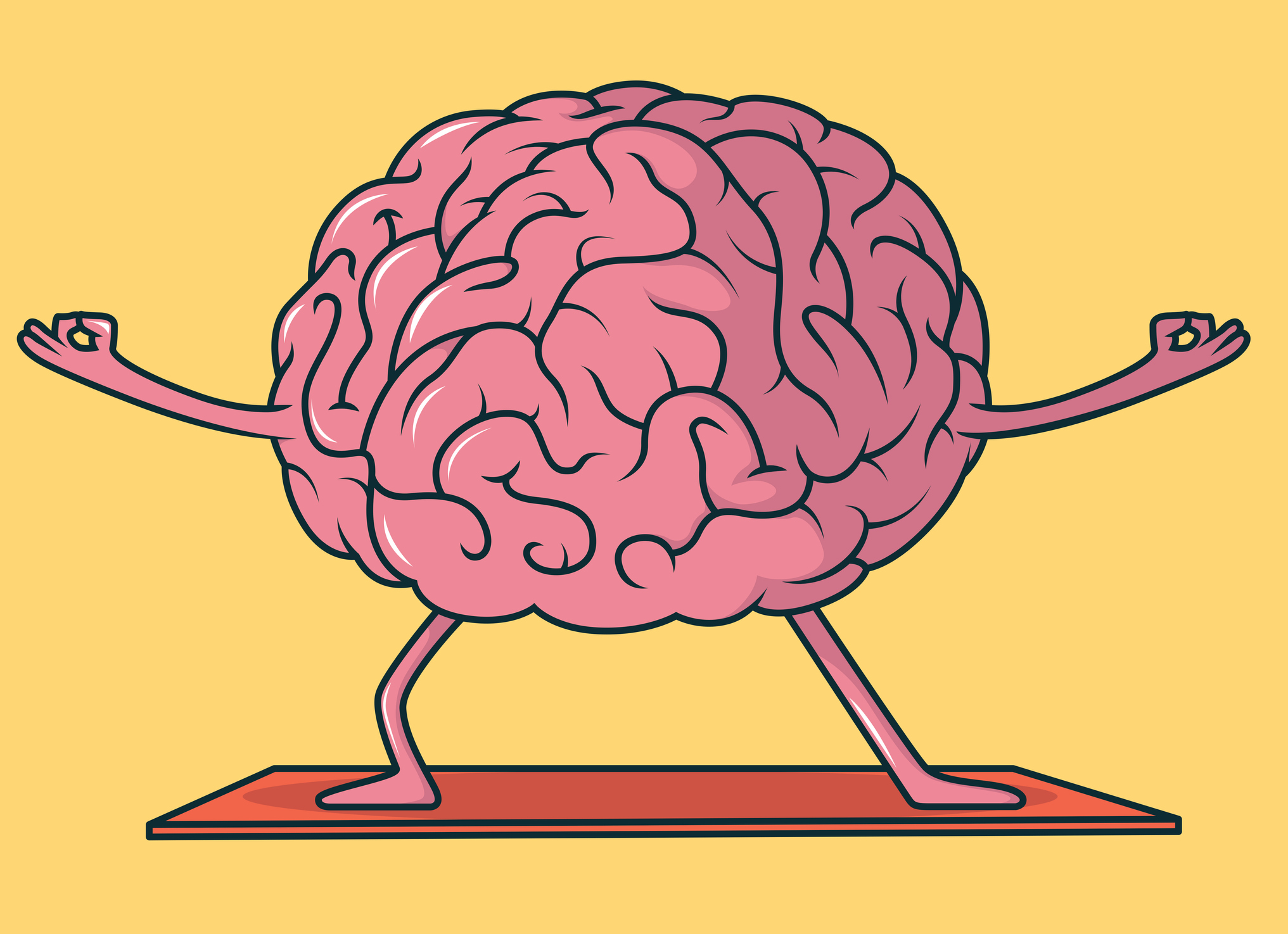 Nothing about our brains is set in stone. Our brains are surprisingly dynamic. It can adapt, heal, renew or rewire itself.

What you do or don’t do daily is literally changing your brain for better or worse. But it’s not too late rejuvenate, remodel, and reshape your brain to stay in peak condition.

Experiments in neuroplasticity (the brain’s ability to change in response to experience) have proven that the brain is capable of modifying itself, either by changing its structure, increasing and reducing its size or altering its biochemistry.

Can you physically change your brain at any age? The answer is: yes, within limits. You can start with these science-backed activities and habits.

Yes, the simple act of juggling has recently been linked with better brain function. A new study reveals that learning to juggle may cause certain areas of your brain to grow.

The study found that volunteers who participated in a juggling exercise improved white matter in two areas of their brains involved in visual and motor activity.

‘We have demonstrated that there are changes in the white matter of the brain — the bundles of nerve fibres that connect different parts of the brain — as a result of learning an entirely new skill,’ explains Dr Heidi Johansen-Berg of the Department of Clinical Neurology, University of Oxford, who led the work.

‘In fact, we find the structure of the brain is ripe for change. We’ve shown that it is possible for the brain to condition its own wiring system to operate more efficiently, ’ she added.

Four weeks after the study, the researchers found that new white matter in the jugglers’ brains had stayed put and the amount of grey matter had even increased.

The researchers chose juggling as a complex new skill for people to learn. Juggling is one of the many activities you can choose to help your brain improve its grey matter.

2. Never Go to Bed Without Learning One New Thing.

It’s a Spanish saying. It’s profound and so true.

Juggling is not the only activity you can use to build white matter.

You can learn a variety of new things that are unrelated to what you normally do. Variety is key. Meet new people, learn a new skill, learn to dance, take up drawing, design, etc. Do something every day that stretches you and makes you somewhat uncomfortable.

Norman Doidge, explains in his book, “The Brain That Changes Itself: Stories of Personal Triumph from the Frontiers of Brain Science”, “Not all activities are equal in this regard. Those that involve genuine concentration — studying a musical instrument, playing board games, reading, and dancing — are associated with a lower risk for dementia. Dancing, which requires learning new moves, is both physically and mentally challenging and requires much concentration.”

Learning a new language makes the brain grow by increasing grey matter in the areas related to the use of language, according to research. The study revealed that “The right hippocampus and the left superior temporal gyrus were structurally more malleable in interpreters acquiring higher proficiency in the foreign language.”

Leaning at least one new thing not only improves your brain, but it also helps you focus by ignoring irrelevant information.

Don’t do what you’ve always done.

3. Sleeping Poorly Is Linked to Rapid Reductions in Brain Volume

Many people don’t take good sleep seriously. The bad news is that if you sleep poorly, your brain shrinks.

That was the surprising conclusion reached by Claire E. Sexton, DPhil, Andreas B. Storsve, MSc, Kristine B. Walhovd, PhD, Heidi Johansen-Berg, DPhil, and Anders M. Fjell, PhD in their study to examine the relationship between sleep quality and cortical and hippocampal volume.

The findings showed that having trouble sleeping, or not getting enough sleep is linked to rapid reductions in brain volume. The decline can affect important areas of the brain where language, touch, balance and the ability to calculate mathematically or make decisions reside.

“Studies have shown poor sleep can cause protein buildup in the brain that attacks brain cells. So we’re still trying to put the puzzle together,” says Dr Neal Maru, a neurologist and sleep specialist with Integrated Sleep Services in Alexandria, Virginia, who is not associated with the study.

Sleep repair and restore the brain. Improving your sleep habits could be an important way to improve brain health. 7–8 hours/night of good sleep is essential for stimulating new connections and brain growth.

4. Any Form of Exercise Rewires the Brain: Keep Your Body Active

You already know that physical activity is important for your better health. Exercise also helps your cerebral quality that affects memory, motor skills, and the ability to learn.

In fact, just pedalling on a stationary bike for 30 minutes can do wonders for your brain. In a study to determine whether hippocampal volume would increase with exercise in humans, the researchers discovered an increase in hippocampal size.

“Following exercise training, relative hippocampal volume increased significantly in patients (12%) and healthy subjects (16%), with no change in the nonexercise group of patients (-1%),” they revealed.

Exercise the brain in many areas. It increases your heart rate, which pumps more oxygen to the brain. It also helps release body hormones, which provide a nourishing environment for the growth of brain cells.

In another study, Dr Scott McGinnis, a neurologist at Brigham and Women’s Hospital and an instructor in neurology at Harvard Medical School said, “Even more exciting is the finding that engaging in a program of regular exercise of moderate intensity over six months or a year is associated with an increase in the volume of selected brain regions.”

Any form of aerobic exercise that gets your heart pumping is a great start. Apart from hitting the gym, you can also consider adding walking to your daily routine. Other moderate-intensity exercises, such as swimming, stair climbing, tennis, or dancing can also help.

5. Mindfulness Is Becoming a Global Phenomenon for a Good Reason

People have sworn by meditation for millennia. It’s now supported by rigorous scientific research, driven in part by a desire for new practices to improve our mental health.

The simple idea of being present throughout your day, being more conscious of life as it happens, and noticing any tension or preoccupations of the mind, without judging or analysing can improve your mental health. It’s highly effective in combating stress.

Studies report that meditation can “permanently rewire” your brain to raise levels of happiness. “In the past decade, research has shown that the benefits of mindfulness include: stress reduction, improved concentration, boosts to working memory, reduced rumination, less emotional reactivity, more cognitive flexibility, a higher level of relationship satisfaction, etc.” writes Christopher Bergland of Psychology Today.

You can upgrade our brain in many different ways. Adopting better habits will not only increase your brain’s grey matter, but it will also slow cognitive decline, speed up your memory recall and improve your mental health.

Thomas Oppong is the founder of AllTopStartups and writes on science-based answers to problems in life about creativity, productivity, and self-improvement.