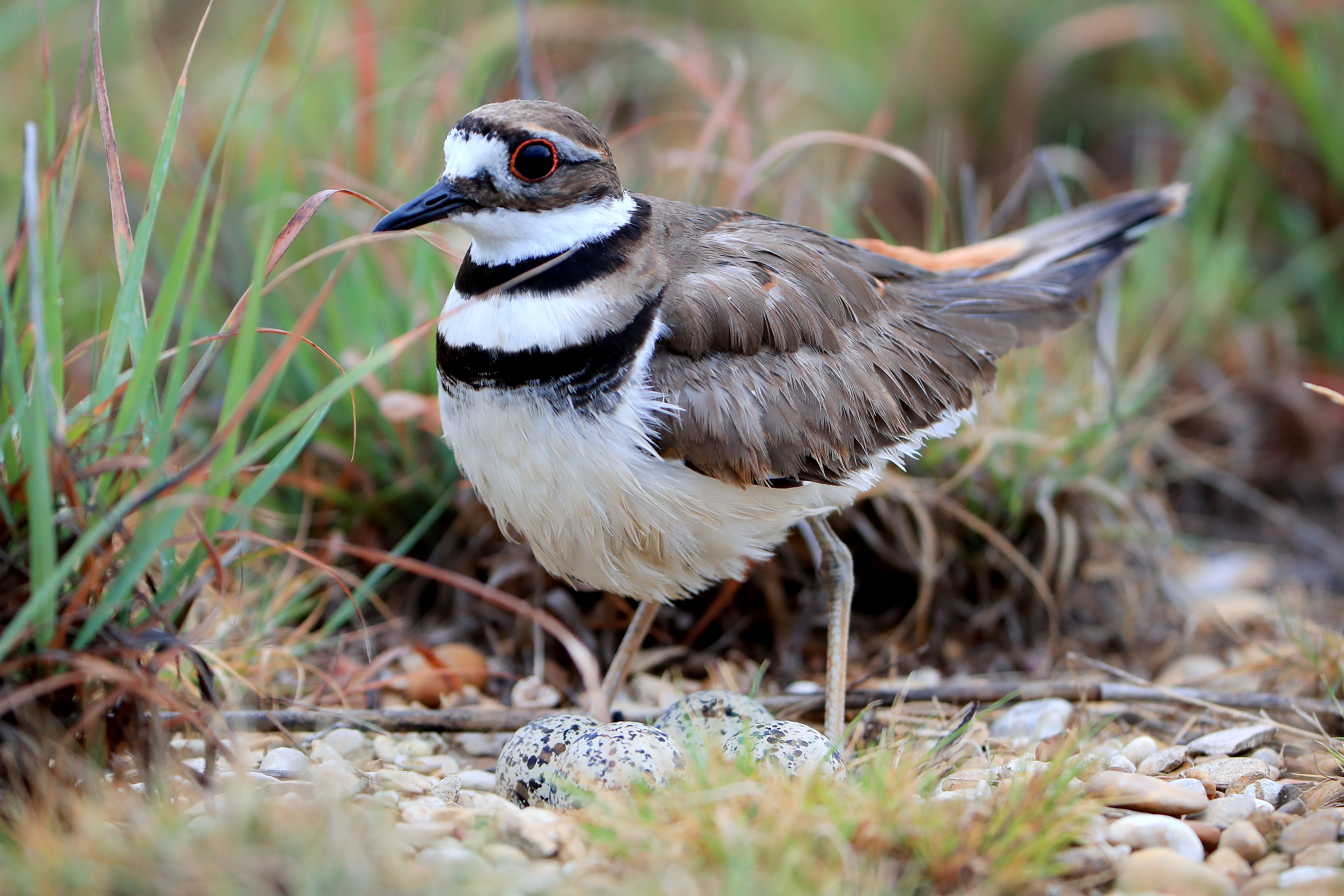 Humans are very preoccupied with flight. We've spent decades and billions of dollars refining air travel; we often dream about flying without the aid of technology. It's little wonder many of us find ourselves fascinated with birds, who make the act seem so effortless. So let's take a closer look at some facts behind our avian friends.

1. They Have a Curious Desire to Cover Themselves in Ants

While we know a lot about birds, we don’t always understand their motivations. One example: “anting,” or the practice of covering themselves in living or dead ants. Cardinals are prone to the practice, allowing ants to crawl around their bodies or stuffing ant corpses into their feathers. One theory is that the formic acid secreted by the insects helps rid birds of lice; ants may also help clean up dried oils left over from preening. If ants aren't handy, birds have also been known to use cigarette butts, beetles, and coffee.

2. Some Hummingbirds Weigh Less Than a Penny

Most people realize hummingbirds are pretty slight of stature: Their tiny bodies allow them to take flight quickly. While there are over 300 types of hummingbirds, the smallest species, the Bee hummingbird, weighs in at just 2 grams—.5 grams less than a U.S. penny.

Contrary to what cartoons may have taught you, woodpeckers don’t drill into trees for the sole purpose of annoying humans. Acorn woodpeckers use their beaks to hollow out wood structures so they can store acorns, almonds, hazelnuts, and other sustenance.

Birds have been known to tap on residential windows. It’s not to get your attention: Many migratory birds looking to put down roots for the warmer months get territorial. When they see themselves reflected in a window, they can mistake it for a rival bird and begin pecking. Some homeowners put up anti-reflective material to prevent birds from pestering themselves.

Several studies have looked at whether pigeons can differentiate between the distinct visual stimuli found in paintings. In one study, the birds were presented with “good” and “bad” children’s artwork. Positive reinforcement was used when the birds pecked at the “good” artworks and could later identify previously-unseen paintings that met a human standard for quality. Another study found that pigeons could tell a Picasso from a Monet. Researchers believe the birds can use color and pattern cues to tell two images apart.

Some birds take very long commutes during migrating season—and like human travelers, they’re able to nap in mid-air. For a study published in Nature Communications, researchers attached a brain-wave activity sensor to frigatebirds and noted the birds spent some time asleep while "cruising" in higher air currents and altitudes.

7. There’s a Reason Their Poop is White

The creamy white splatter on your windshield is a result of a bird’s hyper-efficient waste system. Rather than have separate intestinal and urinary tracts, birds eliminate their waste from their cloaca, a catch-all orifice that allows for reproductive sex and egg-laying. The white is actually uric acid, which tinges the elimination white. The small brown center represents stool.

Birds may not find toots as funny as humans do, but they still make use of them. The Australian Bassian thrush farts toward the ground, with the noxious smell helping to unearth worms and other insect prey.

The canyon wren isn’t always satisfied with a nest made of foraged materials. Like a little home improvement host, the wren will use rocks to build a tiny, patio-like surface around the nest. Researchers aren’t entirely sure why they do this, but it may have something to do with keeping nests dry or attracting the opposite sex.

10. They Could Be Competitive Eaters

Your backyard may be home to a mini Nathan’s competitive eating contest every single day. Many species of birds chow down on an impressive number of insects, with the Baltimore oriole able to munch 17 caterpillars a minute; a house wren can pass on 500 spiders to its offspring in a single afternoon.

There are some compromises that have to be made when you’re a bird that can fly backwards. To reduce drag, hummingbirds have very tiny and non-locomoting feet. Their legs allow them to perch and shuffle sideways a bit, but they’re not designed for long walks.

12. Not All Beaks are Created Equal

A bird’s beak will vary depending on what nature has instructed it to do. Cone-shaped beaks are perfect for cracking nuts and seeds; a hummingbird’s long bill is ideal for sipping nectar. Birds of prey often have hooked beaks that are perfect for tearing into flesh and causing fatal wounds to the neck of their next meal.

Whether you consider the heron a backyard bird or not may depend on whether you have a pond, but if you spot one of these fish-chompers, try to take note of their middle toe: it has a serrated edge to it that the heron uses to groom and scratch itself.

If you think your local murder of crows is out to get you, it may not be paranoia. Research conducted at the University of Washington in 2008 demonstrated that the bird is able to recognize faces and hold a grudge when provoked. In the study, scientists donned a caveman mask and then trapped crows (humanely, of course) before banding and setting them free. When the researchers walked the campus in the mask, the crows circled and vocally scolded their suspected captor.

The killdeer, which is found across North America, is the avian equivalent of a scam artist in a neck brace. The species will feign being injured or crippled in order to lure predators toward them and away from their nest of offspring. When the predator gets close enough, the killdeer miraculously “recovers” and beats a hasty retreat.

The vibrant blue birds are so fond of burying acorns and other nuts that the species is being credited with an uptick of oak trees sprouting in North America. When they’re not busy being conservationists, they don’t mind if you leave a few peanuts out: They can crack the shell by holding it steady with their feet.

These bright red birds don’t let much of the day go to waste: People with residential bird feeders report that the northern cardinal is the first bird up in the morning and one of the last to disappear at night. They rarely get the worm, though: These birds prefer seeds.

18. There’s a Reason They Don’t Fall Off Branches While Sleeping

Most birds not only sleep standing up, they do it while perched on a thin tree branch. Why don’t they fall off? The flexor tendons in their legs make an involuntary contraction when they settle in, keeping their feet locked in place during sleep.

19. Blue Jays Can Mimic The Sound of a Hawk

The vocal ability of birds is renowned, particularly the elocution of parrots. But the more pervasive blue jay has a pretty good parlor trick: It can mimic the sound of a red-shouldered hawk. In addition to terrifying humans, the noise may help to scare off fretful birds from their territory.

Their name is a bit of a misnomer. A blue jay’s feathers are actually brown. But thanks to light scattering, jays and other blue-tinged birds will give off the appearance of being bolder in color. Blue light doesn’t pass through the structure of the feather—it’s reflected. It only works one way, though, so if you turn a feather around, you’ll see its natural brown color.

21. Robins Have a Sweet Tooth

Worms make up the majority of their diet, but robins don’t mind if you leave out a dessert tray. The birds are partial to pastry dough, fruit cake, and coconut cake.

In a sure sign that Birdemic may one day be considered a documentary, some species of birds have been shown to use tools in order to make their lives easier. In North America, the brown-headed nuthatch will take a piece of tree bark and use it to pry off other bark in search of insects. American robins will use twigs to sweep aside leaves for the same purpose.

With fierce metabolisms brought on by constant movement, hummingbirds are always in search of nourishment—they require so much of it, in fact, that they’re perpetually a few hours away from starving to death. Ruby-throated hummingbirds will eat up to three times their body weight a day.

American migratory bird species are hardly ever depicted in movies thanks to the Migratory Bird Treaty Act that prevents domestic birds from being bought or sold for commercial purposes. If you spot a backyard bird in film or on a show, it’s either an imported species or a computer effect. To see a jaybird, you’ll have to turn off the TV and look out a window.