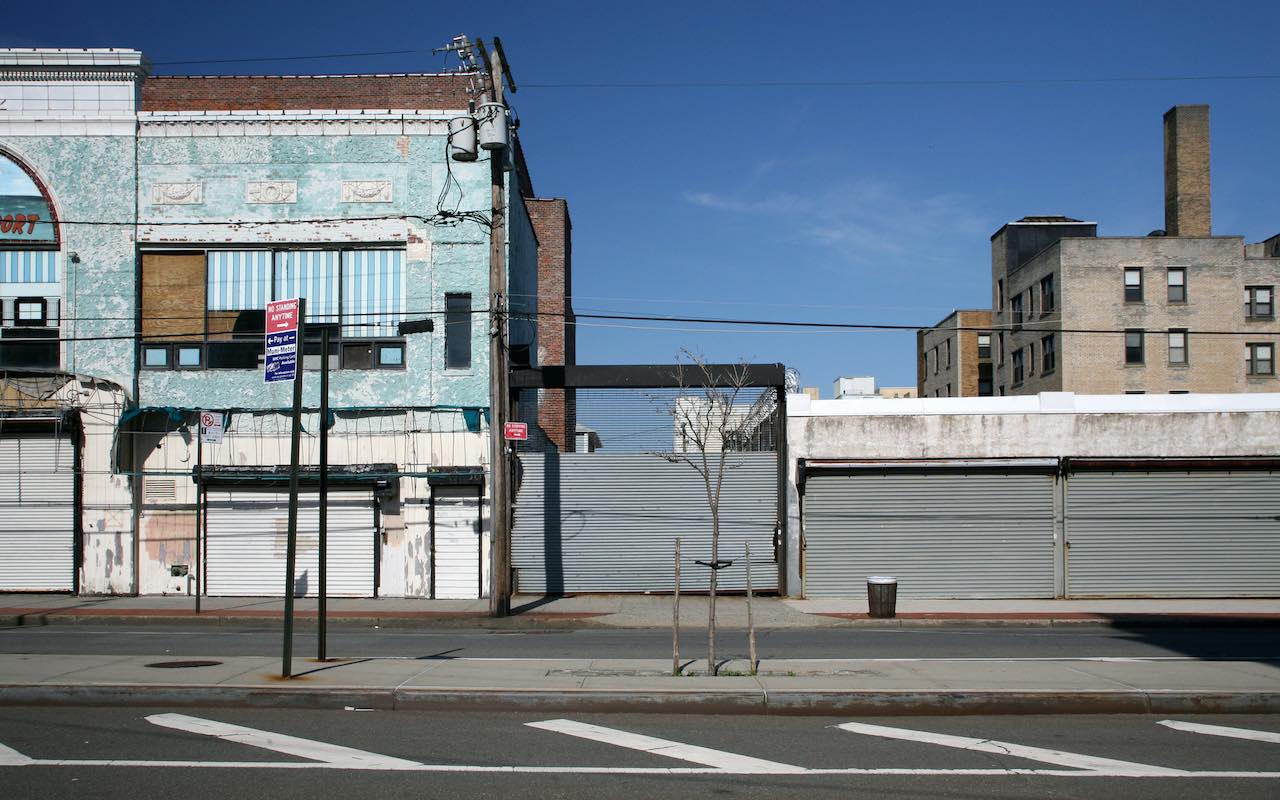 A recession is the scariest creature in the average investor's closet of anxieties. Even though the last recession ended more than a decade ago, people fear recessions because they can mean lower home prices, lower stock prices – and no job.

Any number of things can cause, or exacerbate, a recession: an exogenous shock, such as today's COVID-19 crisis (which now has even Federal Reserve chairman Jerome Powell admitting that we might currently be in a recession) or the Arab oil embargo of 1973; soaring interest rates; or ill-conceived legislation, such as the Smoot-Hawley Tariff Act of 1930.

Recessions are parts of the warp and woof of a dynamic economy, albeit unpleasant ones. If you're prepared for a recession, there will be plenty of opportunities when the recession ends. Thus, the more you know about recessions, the better. Here are 10 must-know facts about recessions.

Why Are They Called ‘Recessions’? 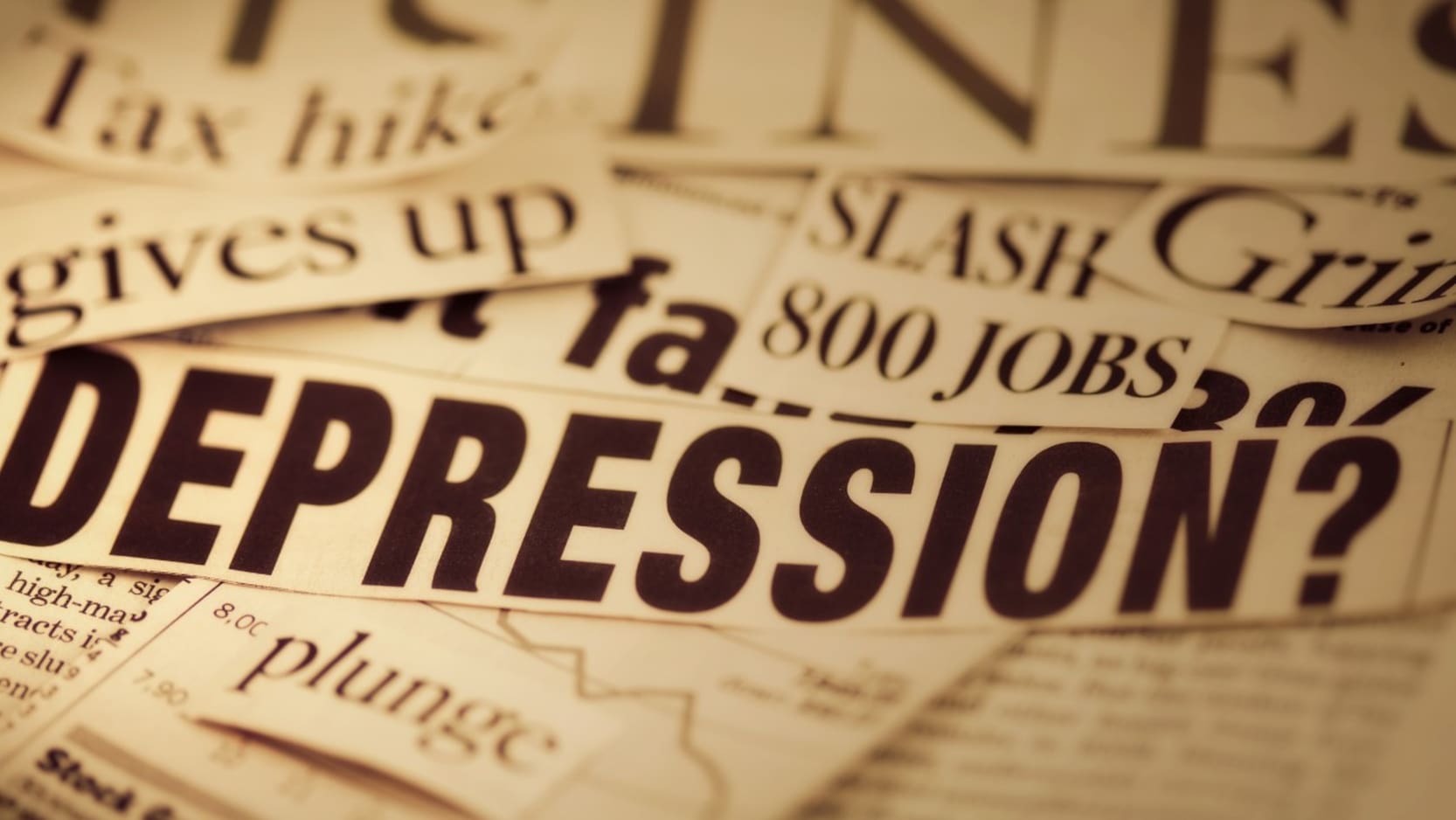 Because calling them "depressions" is too scary. After the Great Depression – a term once considered milder than "panic" or "crisis" – the term "depression" for an economic downturn seemed particularly terrifying. Economists began to use the term "recession" instead.

Currently, "depression" is used to mean an extremely sharp and intractable recession, but there is no formal definition of the term in economics. The 2007-09 recession certainly had uncomfortable similarities to the Great Depression, in that it involved a financial crisis, extremely high unemployment, and falling prices for goods and services. Economists now call it the Great Recession.

What Constitutes an Official Recession? 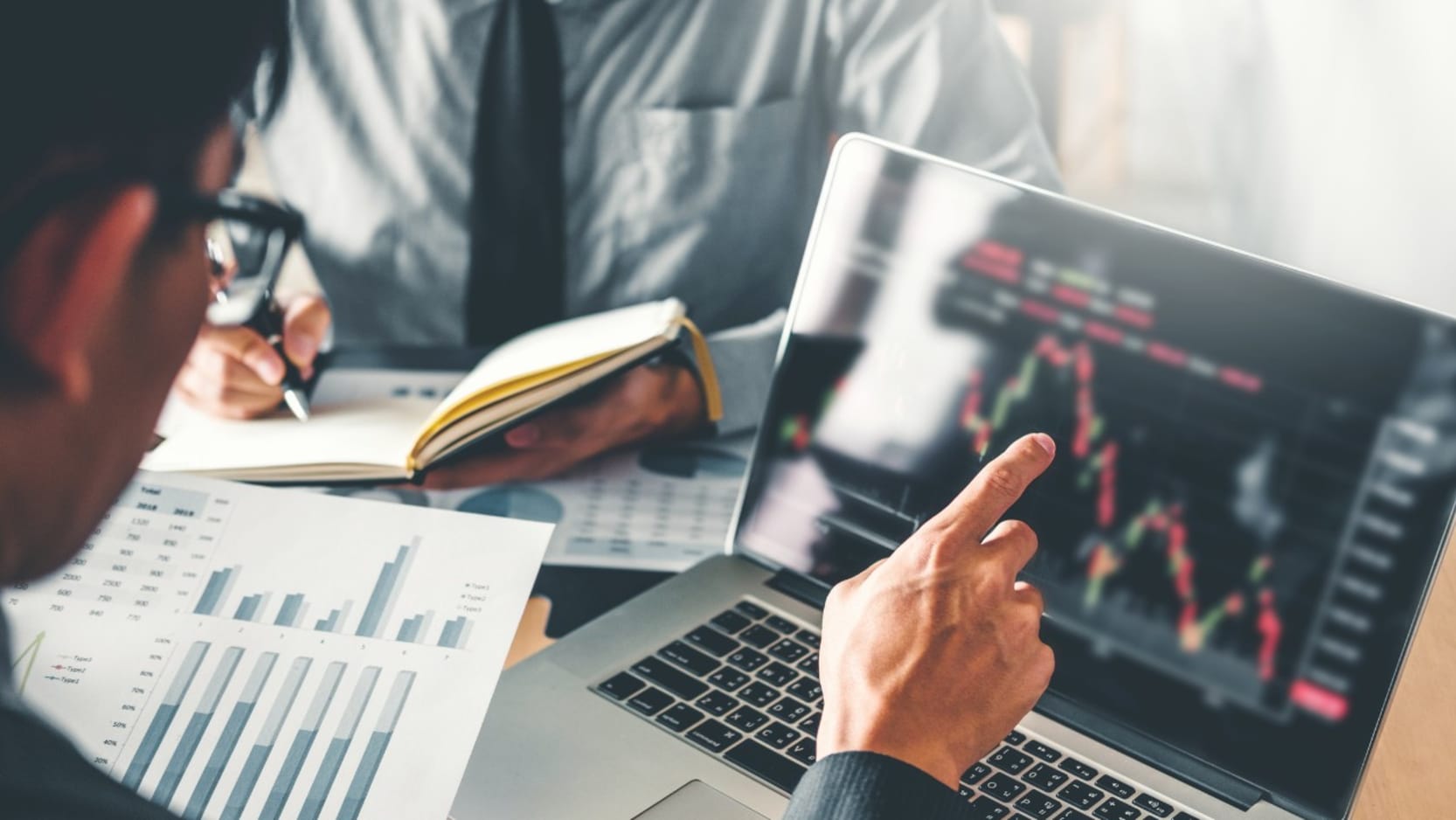 Someone has to be the official arbiter of recessions and recoveries, and the Business Cycle Dating Committee of the National Bureau of Economic Research (NBER) is that someone. Although two quarters of consecutive GDP contraction is the standard shorthand for a recession, the NBER actually uses many indicators to determine the start and end of a recession.

In fact, GDP is not the committee's favorite indicator: It prefers indicators of domestic production and employment instead. Other signs of recession include declines in real (inflation-adjusted) manufacturing and wholesale-retail trade sales and industrial production. Prolonged declines in production, employment, real income and other indicators also contribute to the NBER's recession call.

How Long Do Recessions Typically Last? 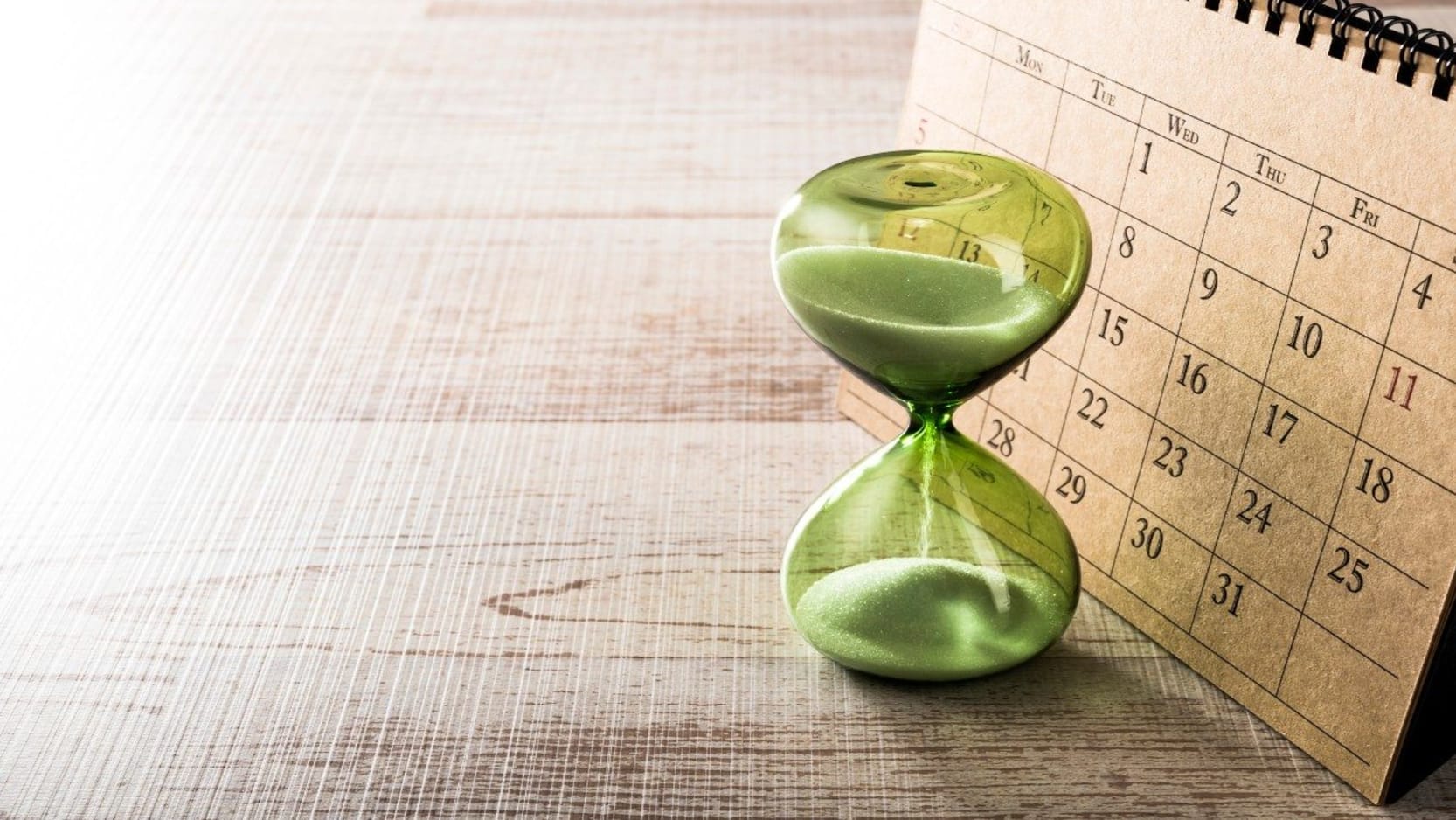 The average length of recessions going all the way back to 1857 in 17.5 months. Recessions actually have been shorter and less severe since the days of the Buchanan administration. The long-term average includes the 1873 recession – a kidney stone of a downturn that lasted 65 months. It also includes the Great Depression, which lasted 43 months.

If we look at the period since World War II, recessions have become less harsh, lasting an average of 11.1 months. In part, that's because bank failures no longer mean that you lose your life savings, thanks to the Federal Deposit Insurance Corporation, and because the Federal Reserve has gotten (somewhat) better at managing the country's money supply.

The longest post-WWII recession was the most recent one, which began in December 2007 and ended in June 2009, a total of 18 months.

How Often Do Recessions Happen? 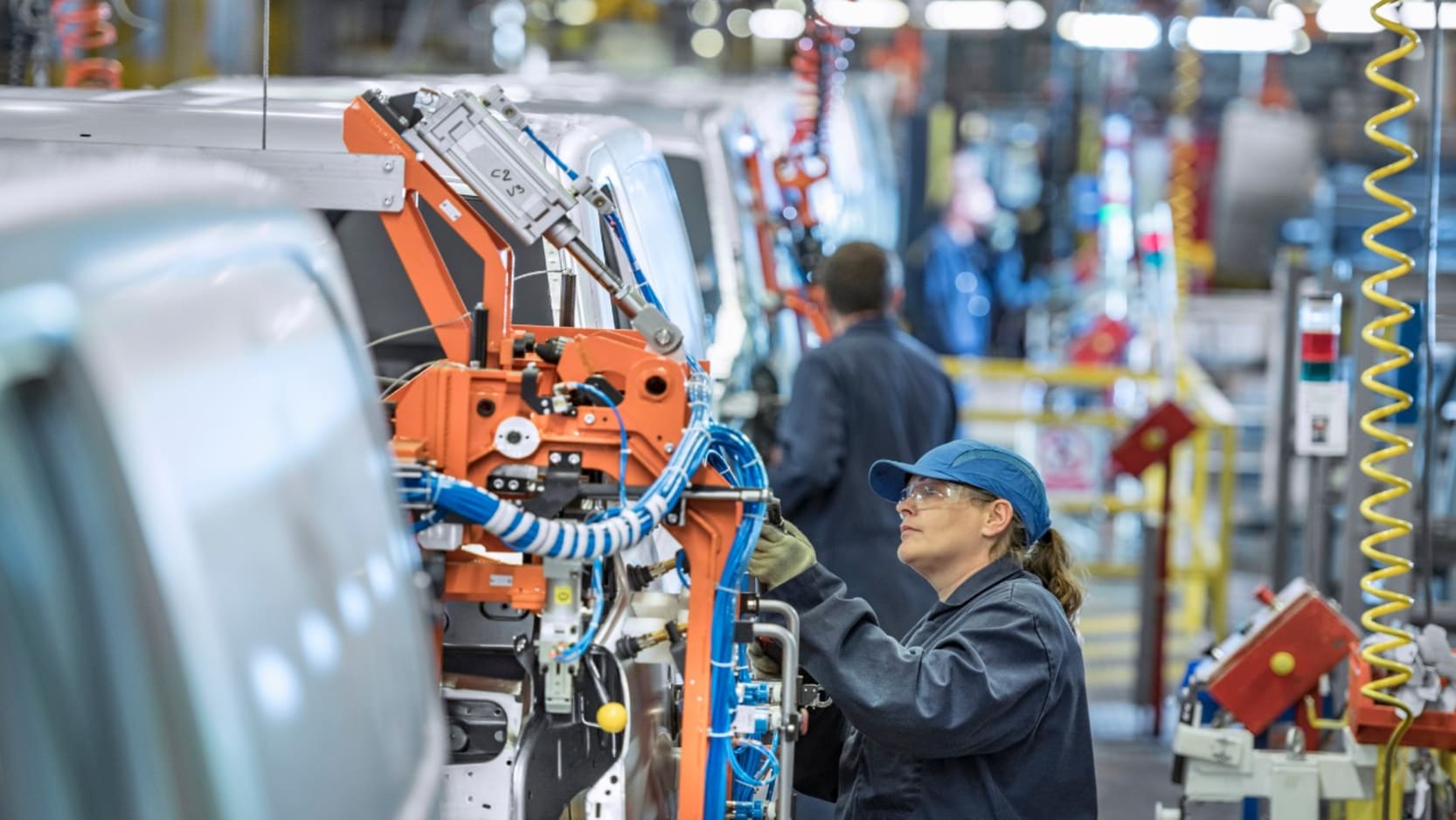 Again, since 1857, a recession has occurred, on average, about every three-and-a-quarter years. It used to be the government felt that letting recessions burn themselves out was the best solution for everyone concerned.

Since World War II, we've gone an average of 58.4 months between recessions, or nearly five years. The last recession ended 129 months ago. By that measure, we're overdue.

When Was the Harshest Recession? 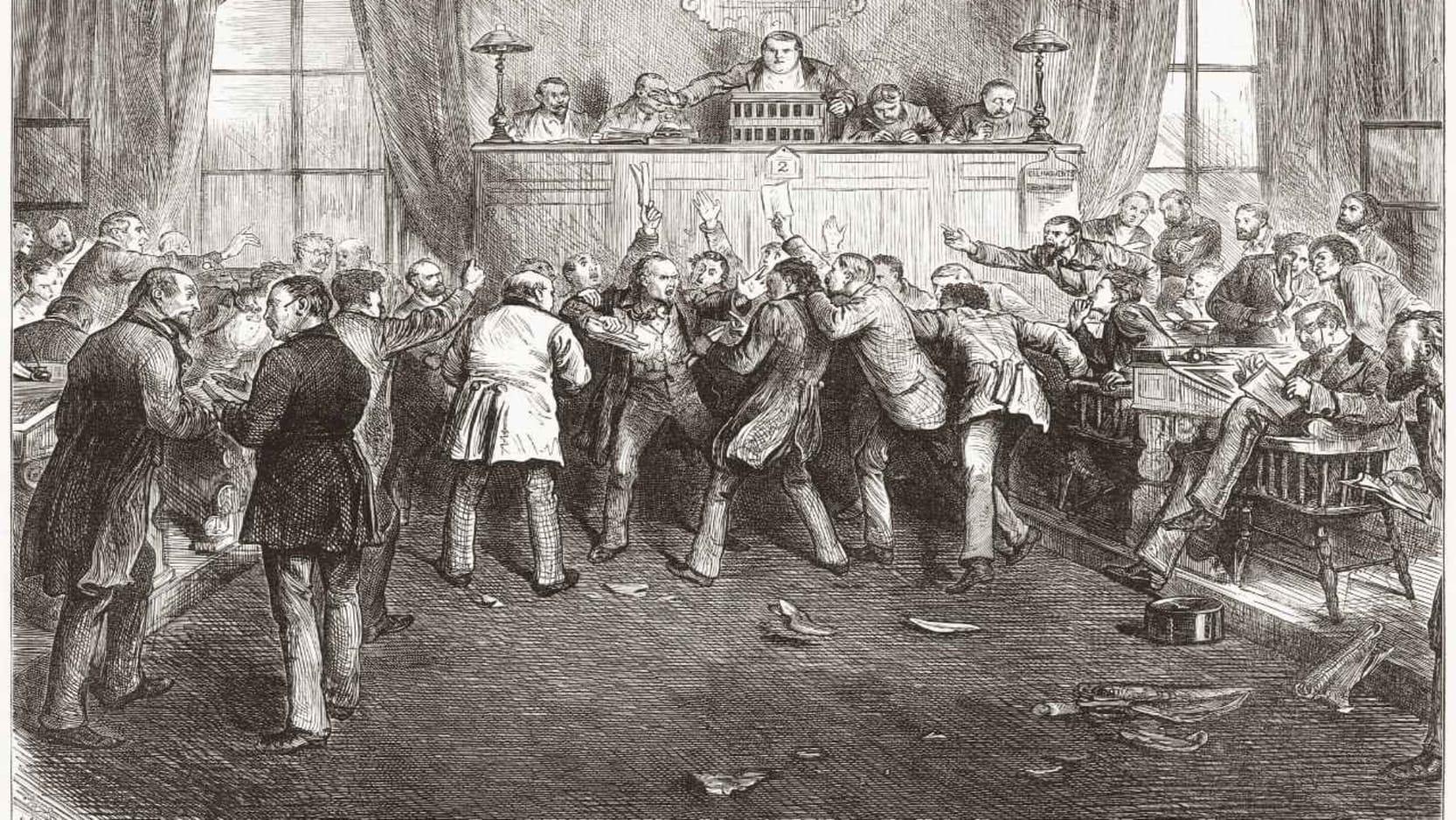 The recession of 1873 was actually known as the Great Depression until the 1929 recession rolled in. The recession started with a financial panic in 1873 with the failure of Jay Cooke & Company, a major bank. The event caused a chain reaction of bank failures across the country and the collapse of a bubble in railroad stocks. The New York Stock Exchange shut down for 10 days in response. The recession lasted until 1877.

What's the Worst Effect of a Recession? 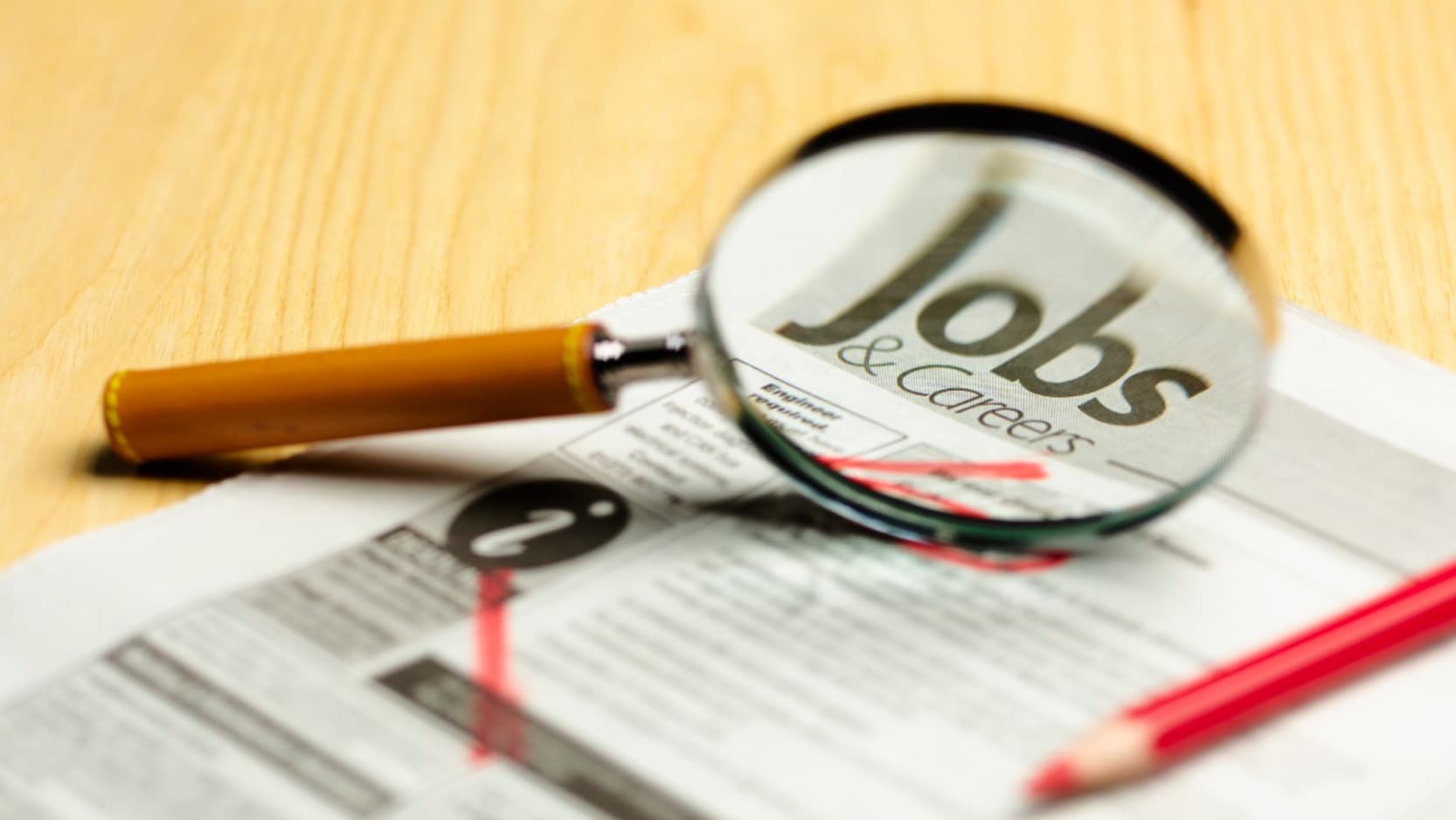 An old economist joke is that a recession is when someone else loses their job, and a depression is when you lose your job. (Very few economists have transitioned to stand-up comedy.)

Your job is your main source of income, and that's why it's important to have a few months' salary in cash as an emergency fund – especially since jobs are increasingly hard to come by in a recession.

When Is the Best Time to Buy Stocks in a Recession? 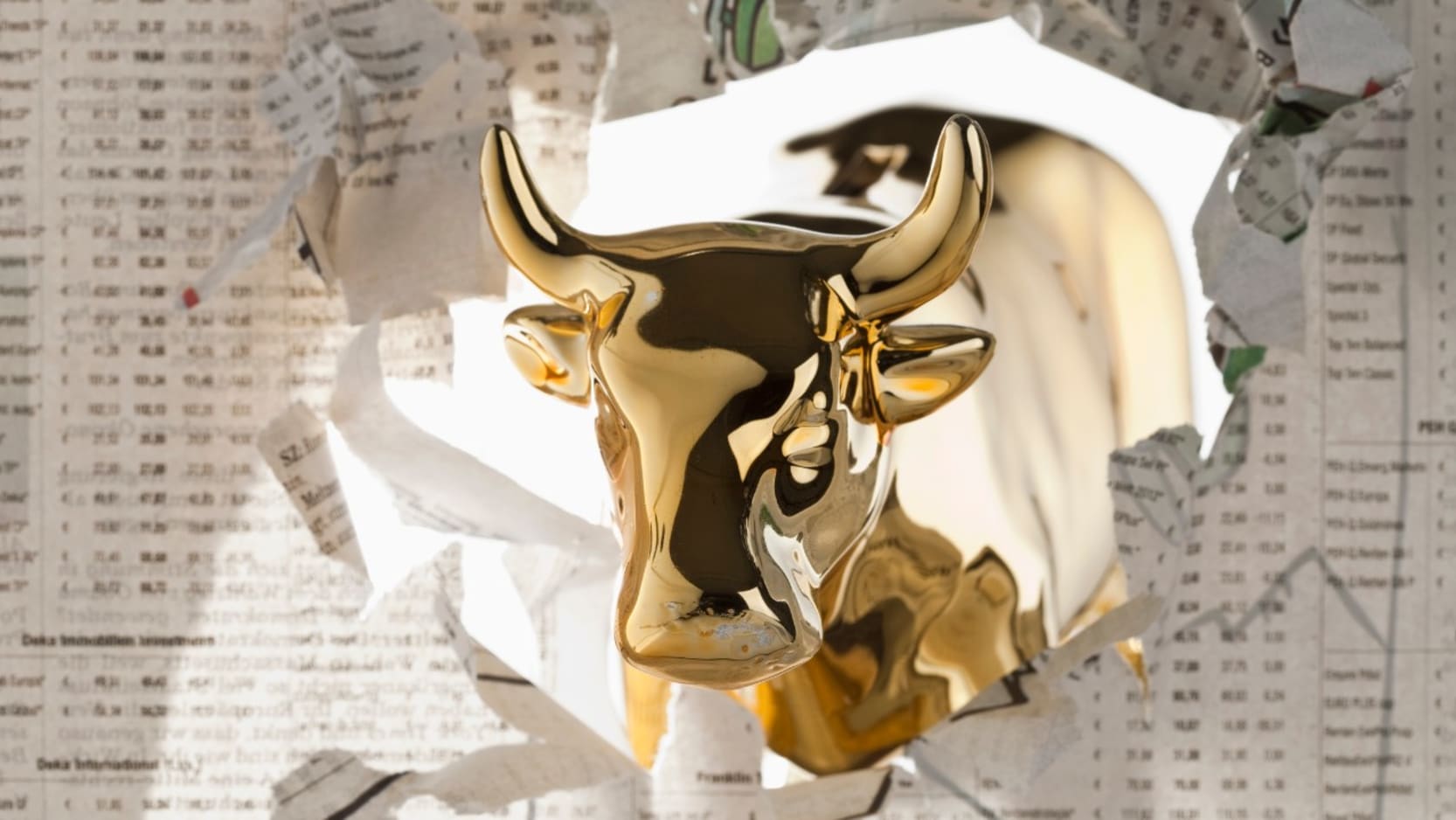 The best time to buy stocks is when the NBER announces the start of a recession. It takes the bureau at least six months to determine if a recession has started; occasionally, it takes longer. The average post-WWII recession lasts 11.1 months. Often, by the time the bureau has figured out the start of the recession, it's close to the end. Many times, investors anticipate the beginning of a recovery long before the NBER does, and stocks begin to rise around the time of the actual economic turnaround.

For instance, the last recession was officially announced on Dec. 1, 2008 – a full year after it had started. The recession ended in June 2009; the bear market ended three months earlier, on March 6, 2009. The ensuing bull market lasted more than a decade.

What’s the Best Thing to Do With Your Money During a Recession? 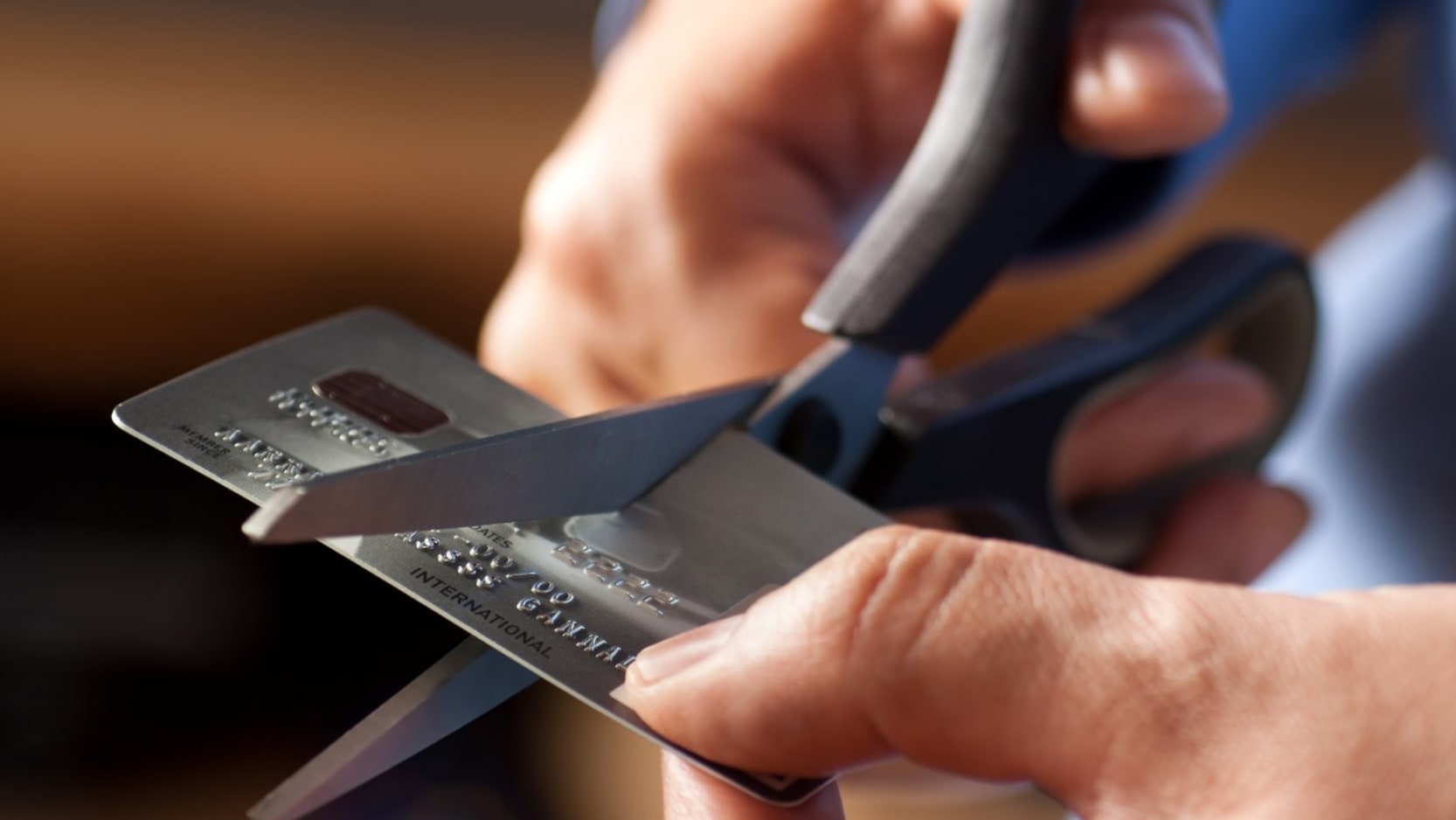 Pay off your credit card debt. Here's why: Paying off a credit card that charges 18 percent interest is the rough equivalent of getting an 18% return on your investment, and you’re not going to get that from most other investments during a recession.

That said, bond prices typically rise in value during a recession – provided the recession isn’t sparked by rising interest rates.

What Is the Best Early Warning Sign of a Recession? 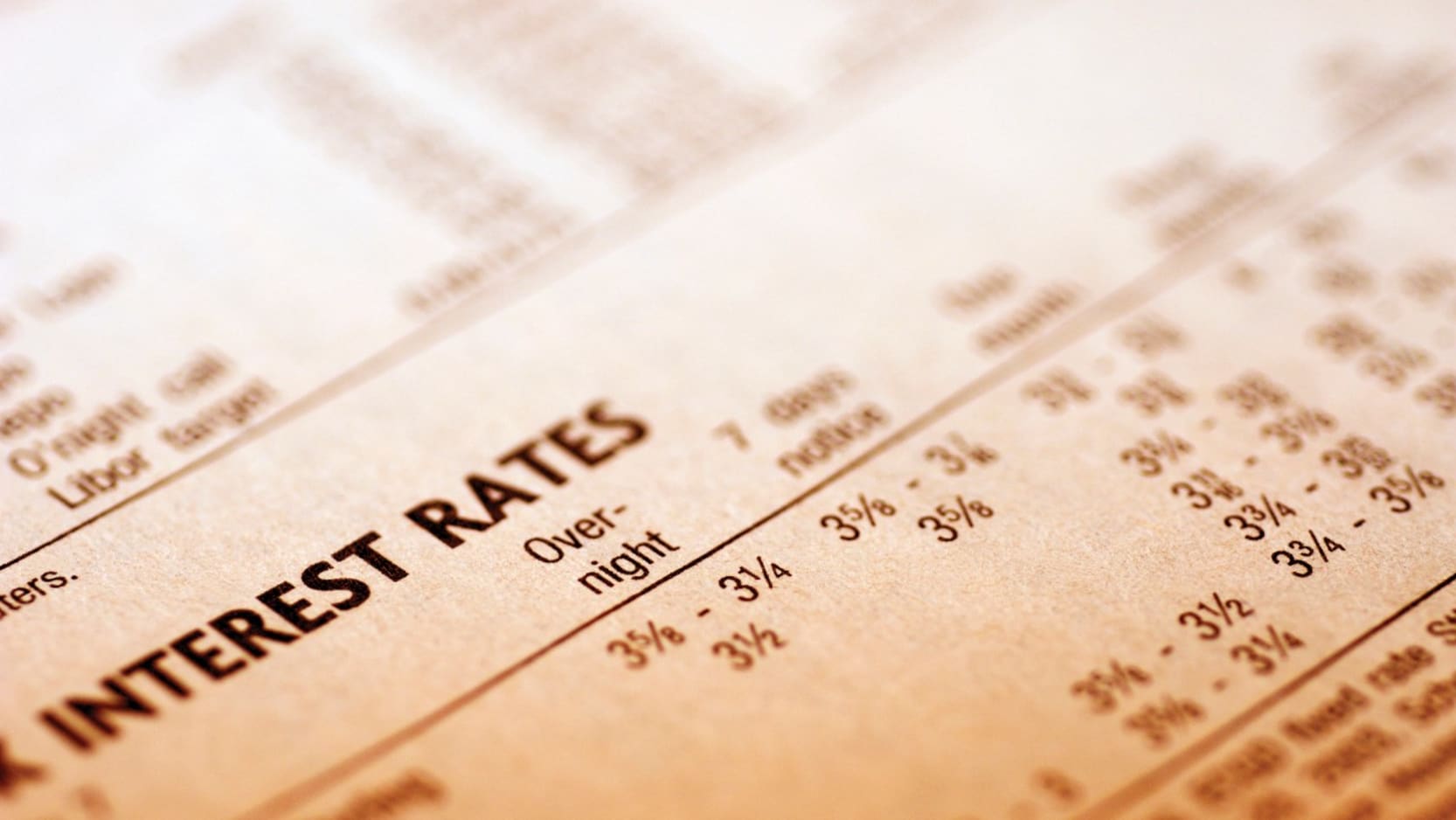 More than the stock market, consumer confidence or the index of leading economic indicators, an inverted yield curve has been a solid predictor of economic downturns.

An inverted yield curve is when short-term government securities, such as the three-month Treasury bill, yield more than the 10-year Treasury bond. This indicates that bond traders expect weaker growth in the future. The U.S. curve has inverted before each recession in the past 50 years, with just one false signal.

The yield curve inverted multiple times in 2019 and early 2020. On March 3, the three-month T-bill yielded 1.13 percent, and the 10-year T-note yielded 1.1 percent. (To make matters a bit more complicated, some economists prefer using the two-year T-note yield instead of the three-month T-bill.) The index of leading economic indicators is a composite of 10 indicators – including the stock market and consumer confidence – and is useful for those who want a broader view of the economic picture.

Does the Federal Reserve Cause Recessions? 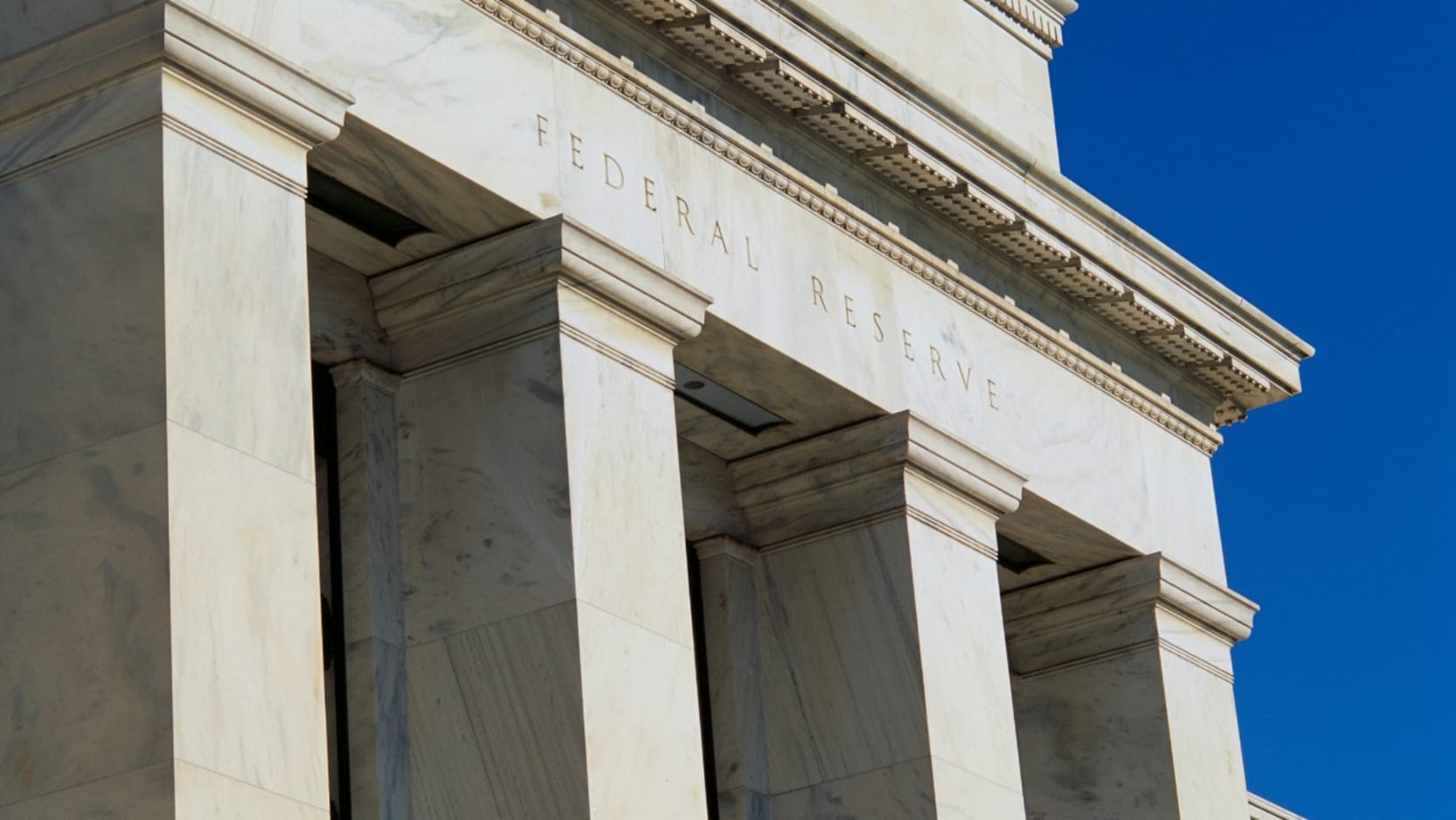 Officially, the Fed never wants to start a recession, because part of its dual mandate is to keep the economy strong. Unfortunately, the other part of the Fed's dual mandate is to keep inflation low. The main cure for soaring inflation is higher interest rates, which slows the economy. In 1981, the Fed hiked interest rates so high that three-month T-bills yielded more than 15 percent. Those rates put the brakes on the economy and ended inflation – at the price of a short but sharp recession.