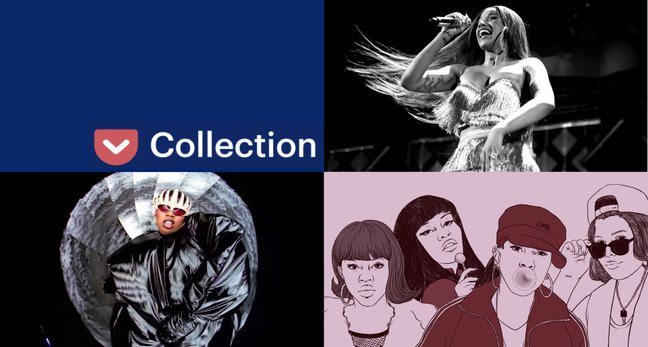 Women have been a driving force in hip-hop from the beginning of the genre, shaping the music’s power, soul, and reach. But the story of rap has mostly been told through the achievements and exploits of male MCs. Journalist Clover Hope’s groundbreaking new book, The Motherlode: 100+ Women Who Made Hip-Hop, aims to remedy that. It’s an illustrated highlight reel of more than 100 of the most influential women in rap history, from pioneers like Roxanne Shanté and MC Lyte to gamechangers like Salt-N-Pepa and Missy Elliot and current megastars Nicki Minaj and Cardi B.

Hope curated a special Pocket collection of the inspirations and research that helped inform her book, including reflections on hip-hop feminism, deep dives into the archives of Vibe magazine, and groundbreaking music videos. It’s an essential syllabus for all hip-hop fans. 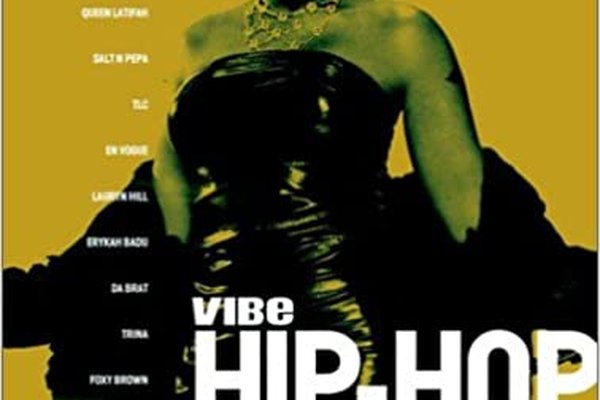 Clover Hope: “This is a vibrant anthology of women in hip-hop, all profiled by the best culture writers in this space: Greg Tate on Eve, Kierna Mayo on Queen Latifah, Andréa Duncan on Da Brat. Formatted as a glossy, it was the first text I bought as research for my book.” 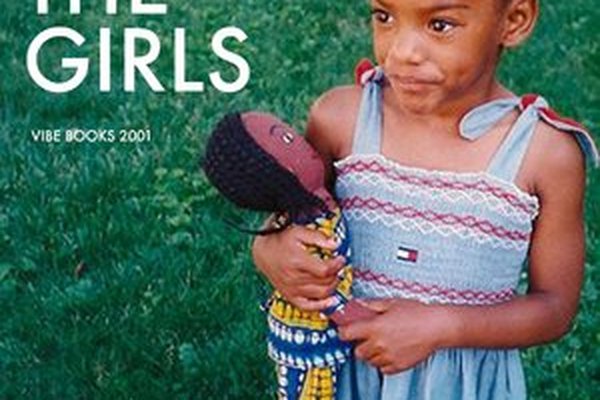 CH: “The opening essay in Hip Hop Divas is something of an elegy by dream hampton, the renowned writer and phenomenal filmmaker behind the groundbreaking docu-series Surviving R. Kelly. So much of hampton’s writing is music culture canon, including this heartbreaking personal piece on the way hip-hop hurts women and girls and divorces us from the enjoyment of it.” 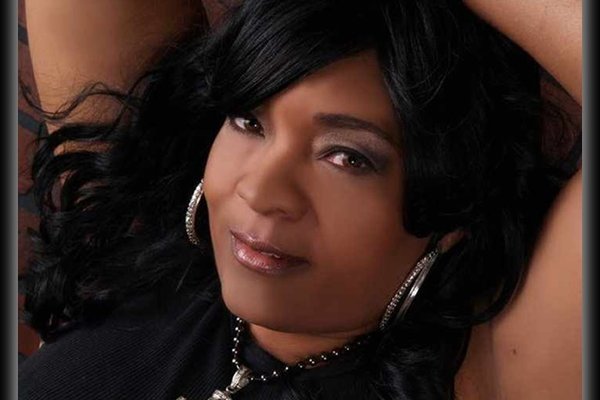 Luminary Icon: The Story of the Beginning and End of Hip-Hop’s First Female MC

CH: “Another book I bought for research was this memoir by MC Sha-Rock, the lone female member of the hip-hop crew Funky Four Plus One. What struck me most was how she wrote with a deep desire to be recognized as the first in a space that fails to duly recognize women.” 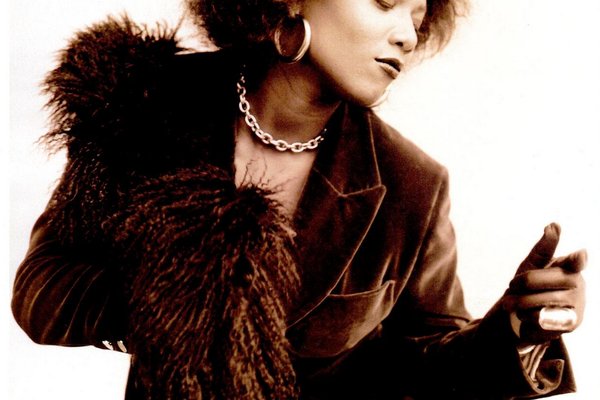 CH: “When it comes to talking about hip-hop and the impact of Black women in popular music, few do it better than Danyel Smith, an indispensable cultural commentator. In this profile, she writes lovingly and frankly about Latifah’s queen persona and her career transition into film with Set It Off.” 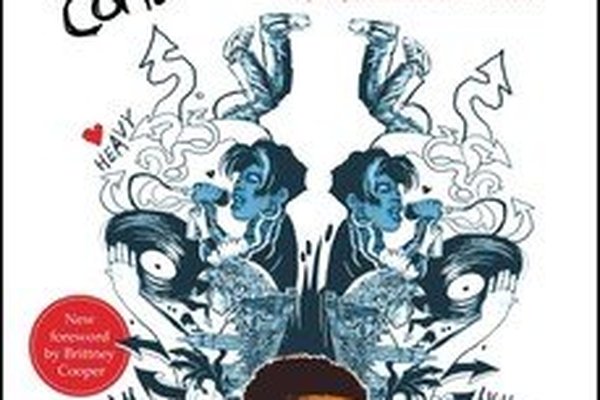 When Chickenheads Come Home to Roost: A Hip-Hop Feminist Breaks It Down

CH: “This has long been essential reading for hip-hop feminists and should be for anyone writing about hip-hop or music in general. Morgan writes ingeniously and soulfully about the contradictions of being a woman who’s a fan of rap. She questions and embraces these complications in a conversational way. It’s absolute scripture.” 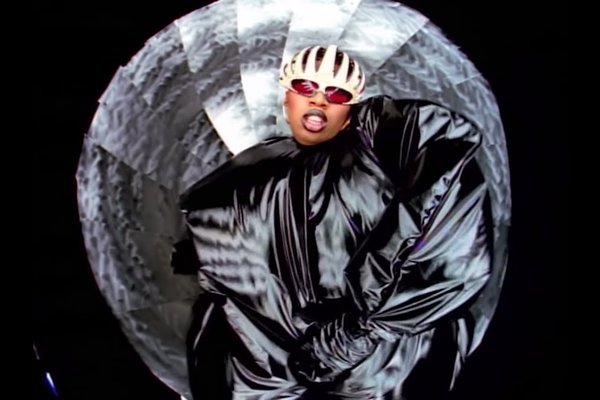 CH: “Missy’s first music video is indisputably one of the most groundbreaking music videos ever made, so I knew I needed to kick off the Missy Elliott entry in my book by breaking down its imagery and how she changed music while wearing what looked like a trash bag (but wasn’t).” 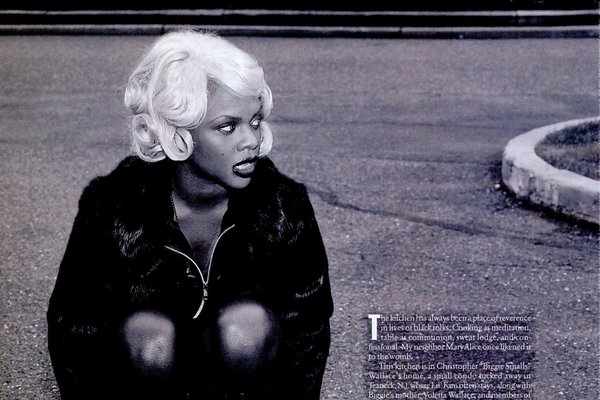 “More Than a Lil Bit”

CH: “I rediscovered this article and interviewed Good Marable about Kim for the Lil’ Kim entry in my book. It’s an excellent example of how to profile an artist with clarity and empathy. What I loved about Vibe and XXL was that the writers and editors weren’t afraid to confront what it meant to love a controversial artist.” 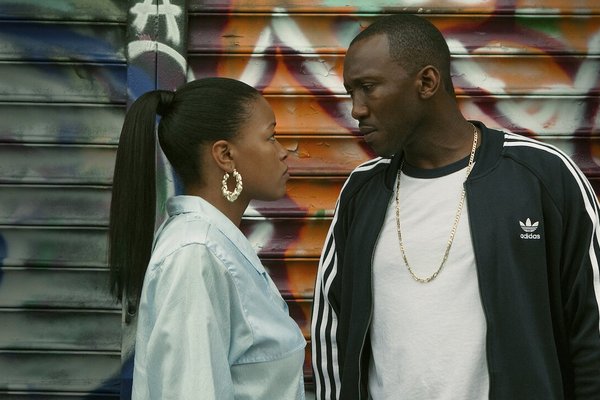 CH: “The Netflix biopic executive produced by Roxanne Shanté tells the story of a young girl from Queensbridge who became a battle rapper and is widely known as the first major female rap star because of her song “Roxanne’s Revenge.” It’s notable that only in 2018 (three years ago!) did we get the first widespread biopic about a female rapper, but it’s fitting that it’s Roxanne Shanté.” 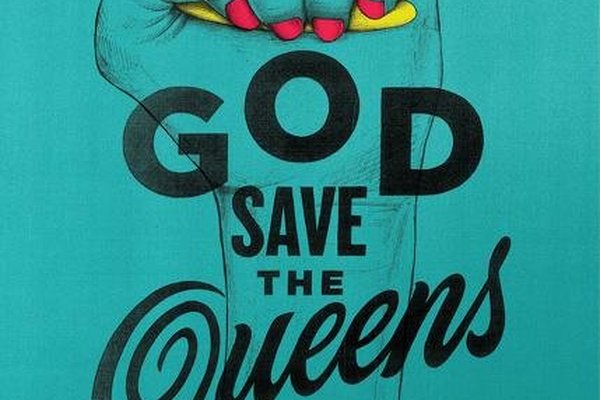 God Save the Queens: The Essential History of Women in Hip-Hop

CH: “A fellow longtime hip-hop writer published this book last year, using personal anecdotes as a framework to document how women have been essential to the narrative, ebb, flow, and evolution of hip-hop, with first-hand accounts from unsung MCs like Gangsta Boo and Rah Digga.” 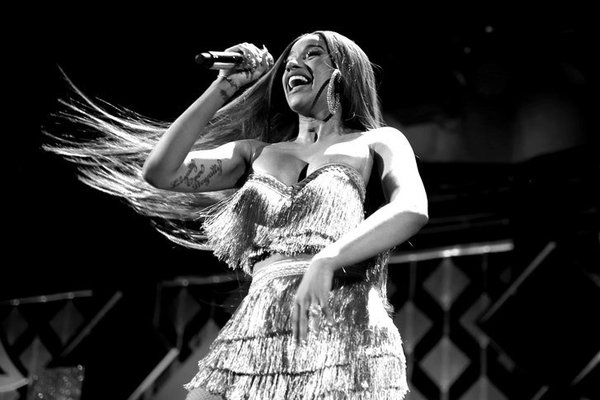 “Is Rap Finally Ready to Embrace Its Women?”

CH: “Before Nicki Minaj, there was a long span in pop where very few women rappers were signed to major labels or visible on the charts. Younger’s essay does a great job of bridging the gap between then and now, charting the rise of a new generation of women while also asking if hip-hop is even in a space to let them cook.” 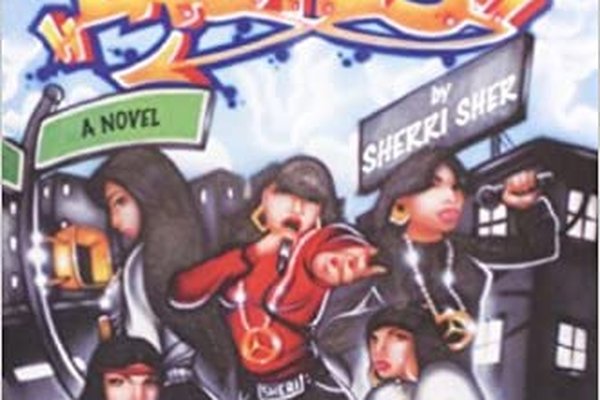 CH: “Like many of the women who felt underrecognized in hip-hop, Sheri Sher figured if no one was gonna tell her story, she would. She published this novel based on her true story of forming the group Mercedes Ladies in the 1970s. It’s an unofficial memoir in 2008, based on the diaries she kept in high school. I bought the book early on in my research process and later interviewed Sheri Sher and other Mercedes Ladies members.” 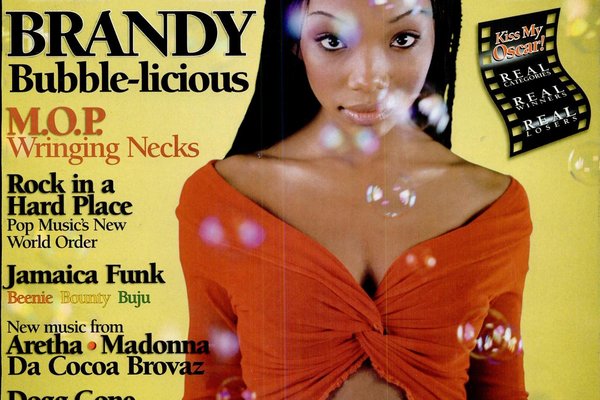 CH: “One of the best resources on the web is the perhaps little known Vibe magazine archives at Google Books, where you can search and read through back issues. I turn to it religiously to find classic articles on hip-hop stars. But so many of these publications that documented the stories of women in hip-hop early on aren’t archived online. This is where you’ll find iconic stories by esteemed culture writers like Elizabeth Méndez Berry, Lola Ogunnaike, Aliya S. King, Ayana Byrd, Erica Kennedy, and many, many more.” 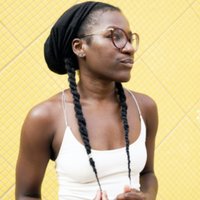 Clover Hope, author of The Motherlode: 100+ Women Who Made Hip-Hop, is a Brooklyn-based writer and editor (born in Guyana, raised in Queens) who has written for Vibe, Essence, Wired, New York Times, ESPN The Magazine, and many others. Hope was a co-writer on Beyoncé’s The Lion King visual album, Black Is King. She’s currently a contributing editor at Pitchfork and an NYU adjunct professor.