So much parenting advice focuses on the slog of the early years: How to manage sleep, feeding, tantrums, and the like. And while much of these efforts are in service of a long-term goal—raising an adult human you can be proud of—there’s much less out there that addresses life with that human as they come into their own.

Novelist Yang Huang explores that space in her latest book, My Good Son, allowing the reader to observe how parenting has shaped father and son, especially as some of the more complex, even morally questionable questions arise in the son’s burgeoning adulthood. Add in the setting—post-Tiananmen China—and a cleverly-positioned American father-son relationship to serve as the foil, and it’s a loving and intricate study of what it means to be a good Chinese parent.

Here, Huang turns her gaze to how different cultures approach the measure of being a “good parent,” sharing her research on how geography and traditions inform the many ways families grow and thrive. She explains:

“Although all of my fiction talks about parenting from both the parents’ and children’s perspectives, I have not read a book on parenting before! Finding parenting stories around the world opens my eyes and also affirms my values in many ways.” 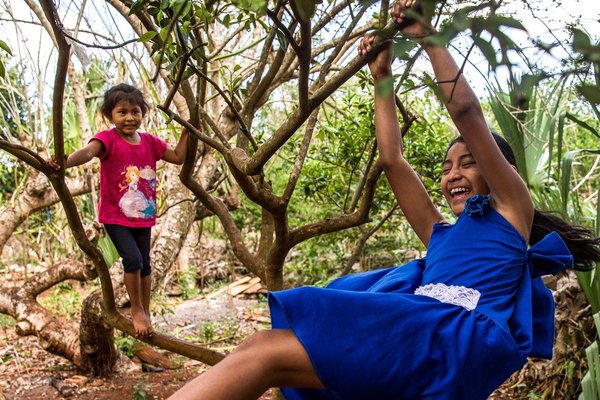 A Lost Secret: How to Get Kids to Pay Attention

Yang Huang: “Don’t just blame a child’s short attention span on video games. Perhaps we can learn from Maya parenting—they motivate children to pay attention by giving them autonomy. When a child is setting the goal, they also learn to manage their own attention, rather than relying on adults to tell them what to do.” 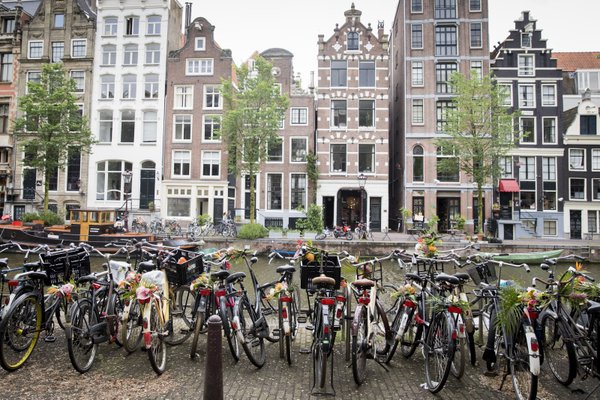 YH: “Dutch parents raise the happiest children, in no small part helped by the government policies. Still, there are many things Americans can learn from, such as the family eating breakfast together, and children biking in all weathers. The Dutch have high ambitions for their children and see happiness as a means to success, the gateway to self-awareness, intrinsic motivation, independence, and positive ties with their communities.” 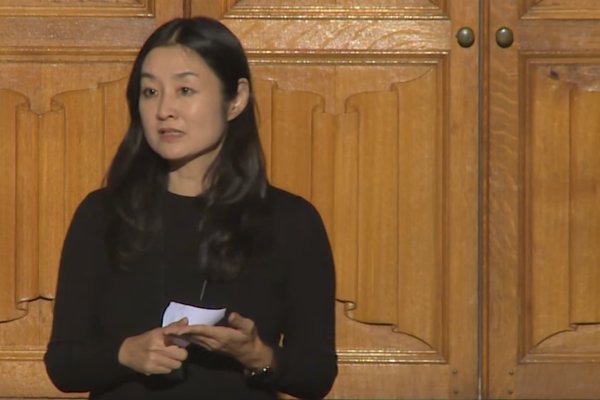 YH: “Children are drawn to things that we adults fear. We want to protect them and childproof their lives away. But does it work? People in Norway, Japan, and many other cultures, believe that the greatest safety precaution you can give a child is to let them take risks, so they can hone their judgement about what is safe and what is not, physically, emotionally, and socially.” 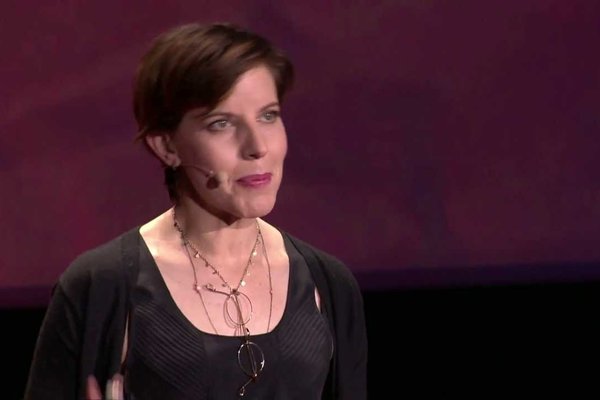 YH: “Here, an American journalist and mother speaks about what she learned from French parenting. (She’s speaking French, but the subtitles are in English.) She appeals to a French audience without pandering to them, and admits that American parenting aims to speed up the stages of our children’s development, calling it ‘a giant race from the cradle.’ Fortunately, she learns to parent with conventional French wisdom, which she summarizes into eight phrases: Hello, wait, be wise, you have to try it, balance, autonomy, it’s my decision, and poop sausage. Simple, right? Hear how she interprets them with glee and humility.” 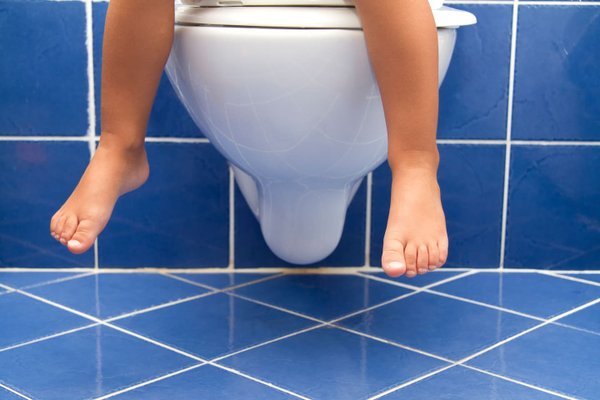 Toilet Training at 2 Is Normal in U.S. But Very Late in China and Other Countries

YH: “Toilet training is a milestone in child-rearing. Compare the practices in first vs. third world countries, and gain a sobering perspective on nature vs. nurture, economics, and politics.” 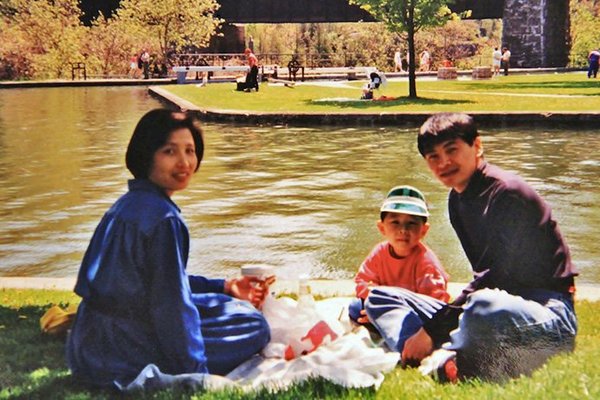 A Chinese-Canadian to His Parents: ‘Privately, I Yearned for Your Love’

YH: “Before becoming Marvel’s first Asian superhero, Canadian actor Simu Liu had a childhood strikingly similar to mine, although we are not the same generation and grew up in different continents. His teenage angst mirrors my character Feng in my novel My Good Son. In broad strokes, Liu tells a timeless Chinese parenting story where a child learns to transform their anger and resentment into understanding and admiration for their parents. And that is a superhero feat.” 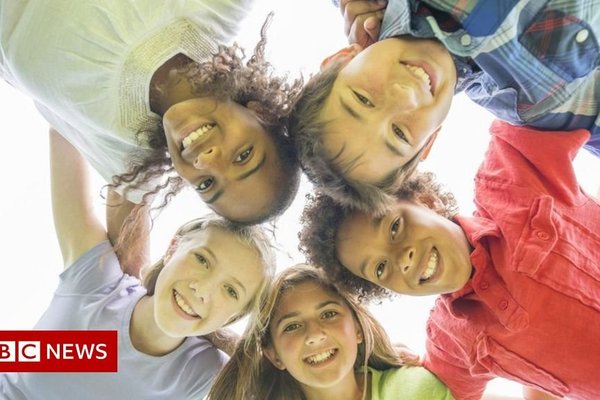 YH: “In Ghana, children are taught to call an elder person with a title of respect like uncle or auntie. A teenager can enjoy being coddled, while their parents make the big decisions for them. What an indulgence! But with a price. It is similar in China, which led me to explore a clash of generations in My Good Son.” 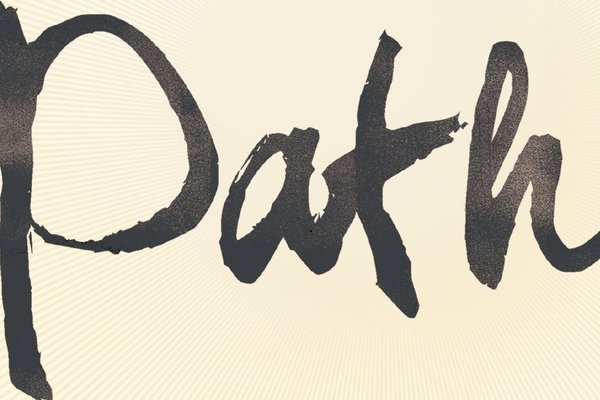 What American Parents Can Learn From Chinese Philosophy

YH: “More Christine Gross-Loh here, this time about how kids relate to each other and the world. The Chinese philosophers saw the world as one of endless, shifting relationships—we have influence over the trajectory of our lives when we focus on learning how to relate well to others. Caring for one another is hard, albeit rewarding work. This is not just how our children will become better people and live better lives—it is how they can create a better world.” 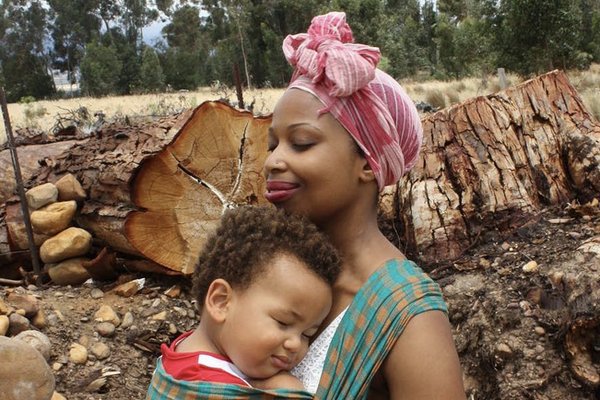 Motherhood Around the World

YH: “This series on Cup of Jo features firsthand accounts of Americans parenting abroad as well as locals sharing how their home country approaches different aspects of raising children. I especially liked reading how one South African mother raises her mixed-raced child to be trilingual and specifically not colorblind in a culturally diverse environment with a wide socioeconomic gap. Also, this Colorado mom, now in Jordan, who shares her experience getting to know local Muslim women and their approach to food, soothing babies, and friendship.” 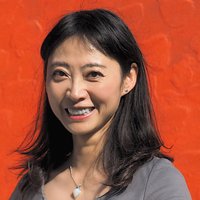 Yang Huang grew up in China and has lived in the United States since 1990. Her novel My Good Son won the University of New Orleans Publishing Lab Prize. Her linked story collection, My Old Faithful, won the Juniper Prize, and her debut novel, Living Treasures, won the Nautilus Book Award silver medal. Her essays, stories, and screenplay have appeared in Poets & Writers, Literary Hub, The Millions, Taste, The Margins, Asian Pacific American Journal, and Stories for Film. She works for the University of California, Berkeley and lives in the Bay Area with her family.