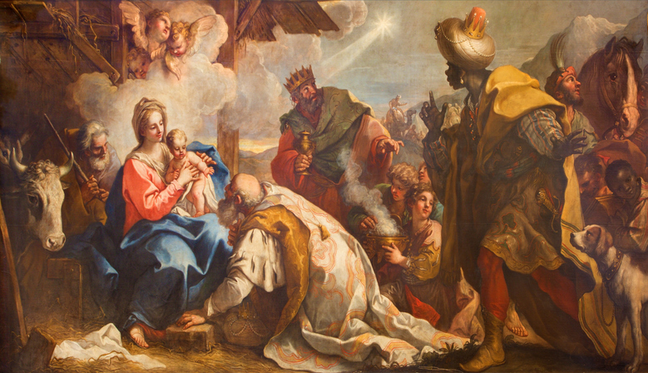 Black history, as it is taught in the United States, tends to center narratives from post-colonial America. But world history also holds rich stories of how Black communities around the world have been making critical contributions that date back to the BC era. So why are these two disciplines often taught separately?

A blended approach would weave together the century-long rule of Black Pharaohs in Egypt, the complex role people of color played in medieval art, as well as the legacy of Great Zimbabwe and the Moors. And that’s exactly how Aric Jenkins, an articles editor at The Ringer, takes on Black history.

“When I'm not editing movie or television stories for my job, I love reading about ancient civilizations and the cultures they've influenced throughout world history,” he tells us. “Black societies are a huge part of that, and often don't get enough recognition for those legacies—even during Black History Month in the United States.”

At The Ringer, Jenkins recently led the site’s Fresh Prince Day project and edited a much-Pocketed feature on how people watch television in relationships. Here, he shares some of the most fascinating stories from his research on the impact ancient Black societies have made on the world. 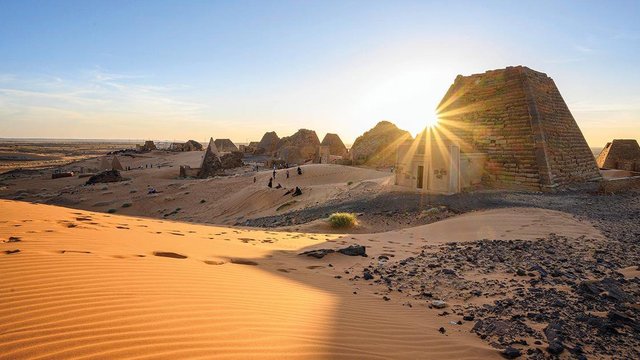 In the Land of Kush

Aric Jenkins: “Egypt is always held up as the quintessential African empire, but few are familiar with the region to the south of it. Nubia was home to the Kush Kingdom, which conquered Egypt in the eighth-century BC and gave rise to the Black Pharaohs that would rule for more than 100 years during the 25th dynasty of Egypt. This feature is a great deep dive into the cultural and architectural legacy of Nubian civilization.” 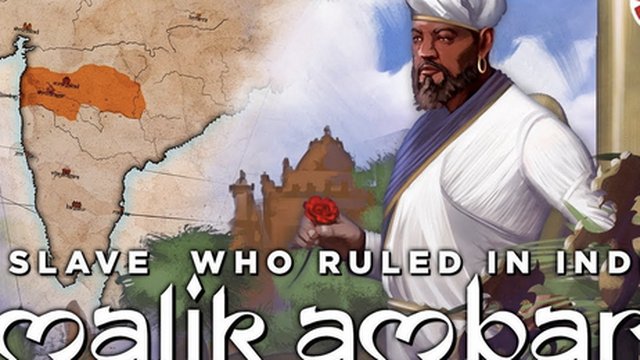 Malik Ambar: African King in the Heart of India [WATCH]

AJ: “Did you know Black people have been living in India and Pakistan for well over a thousand years? The Siddis are a hugely overlooked demographic of the African diaspora, and this video from the always-excellent Kings and Generals explores one of the most legendary Siddis of all.” 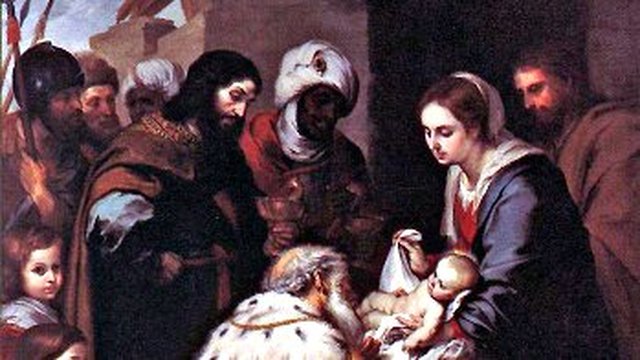 Taking a Magnifying Glass to the Brown Faces in Medieval Art

AJ: “I used to be a little surprised when seeing Black and brown people depicted in medieval art. But this enlightening 2013 conversation hosted by NPR’s Gene Demby helped change that perception. Together with Malisha Dewalt, founder of popular Tumblr blog “People of Color in European Art History,” and two art historians, the interview sheds light on why people of color’s placement in Middle Age art is less strange than you might’ve imagined.” 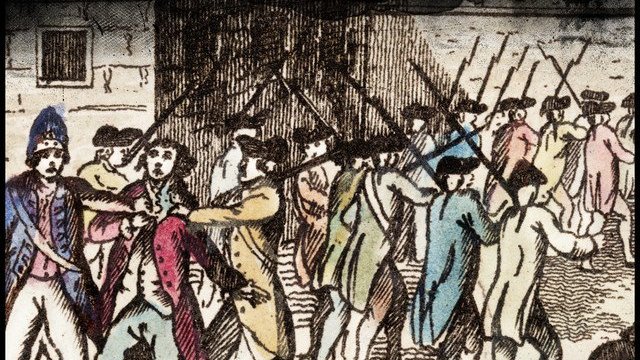 AJ: “Switching over to the other hemisphere of the globe, we can’t talk about Black history without acknowledging the achievements of Toussaint Louverture and the Haitian people. This is the only slave rebellion ever to successfully result in a new state ruled by former captives. History enthusiasts might know Mike Duncan from his comprehensive History of Rome podcast, but in his other series, Revolutions, he dedicates a whole season to breaking down the collapse of France’s Saint-Domingue colony. Here’s the first episode to start.” 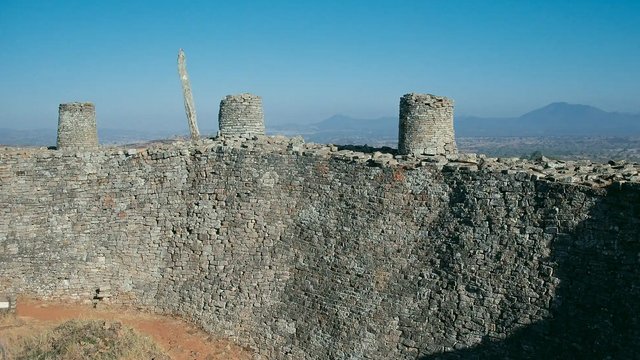 AJ: “This is a fascinating look into the archeological remains of Great Zimbabwe, a vast and impressive urban complex built between the 9th and 15th centuries. What’s particularly interesting—and so shameful—is Europeans’ long-held belief that sub-Saharan Africans could have never built such a grand monument, and how that denial led to disastrous efforts to preserve the now-abandoned city.” 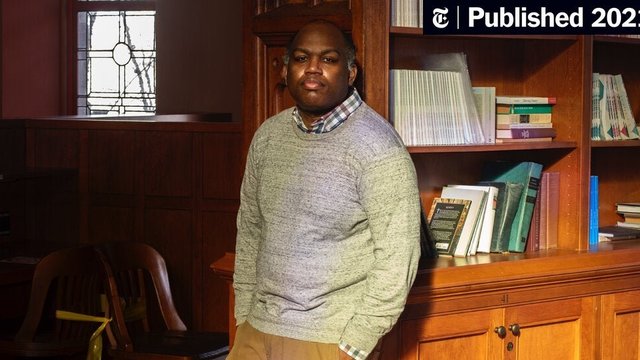 He Wants to Save Classics From Whiteness. Can the Field Survive?

AJ: “When I set out to curate this collection, I wanted to include a piece about Black people during classical antiquity—but instead stumbled across another article that I couldn’t ignore. This profile from the New York Times considers the roles that Blackness and whiteness, respectively, play in contemporary education of the classics—and Western culture at large. It’s told through the lens of Dan-el Padilla Peralta, an Afro-Latino classicist who’s fallen out of love with his life’s work. There’s still details here about people of color’s roles in Ancient Greece and Rome, but this absorbing read offers a modern contextualization as well.” 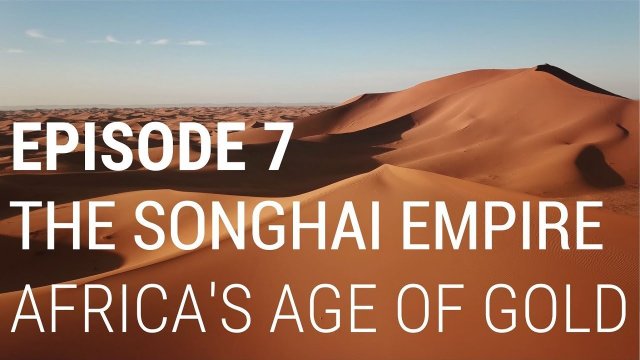 AJ: “This is one of those videos you find on the internet that makes you think, ‘I can’t believe this is free.’ This two-hour YouTube documentary from the Fall of Civilizations channel contains an incredible amount of knowledge about one of Africa’s greatest empires, the Songhai. Here you’ll find detailed maps and illustrations, striking footage, and engrossing narration. I personally enjoy chipping away at these videos in 10-15 minute increments a day, so don’t feel the pressure to watch all at once!” 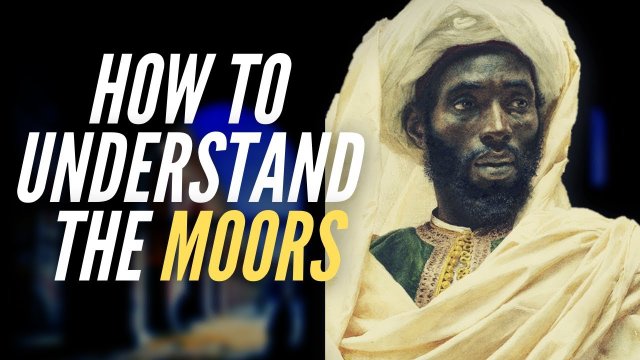 How To Understand The Moors [WATCH]

AJ: “The Moors are one of the most embraced cultures within the African diaspora: A Black civilization that conquered European nations and left a profound legacy that’s still visible today in Spain, Portugal, and other parts of the Mediterranean world. But were the Moors actually Black? Were they Arab? Is it possible to be Black and Arab at the same time? This video from HomeTeam History—a great channel that focuses specifically on African history and perspectives—does a great job of interpreting the racial, cultural, and military characteristics of the Moors.” 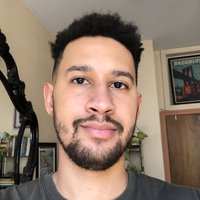 Aric Jenkins is an articles editor at The Ringer, where he covers pop culture and sports. He has previously worked as a staff writer at Fortune and Time. A Philadelphia native, Jenkins now resides in Brooklyn and spends his free time watching soccer, taking film photographs, and reading about medieval history.